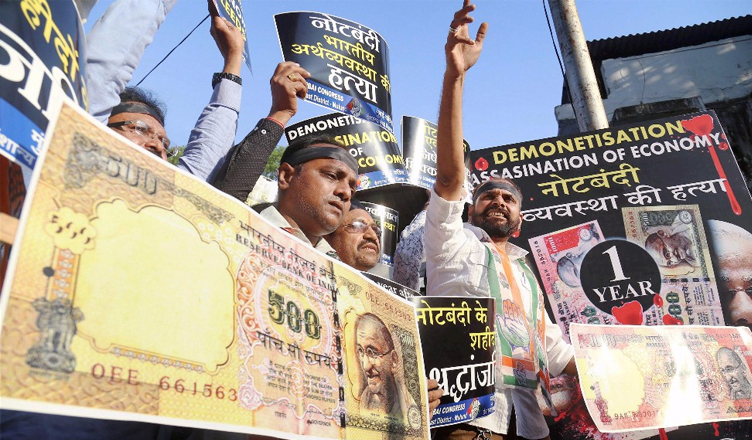 According to a new survey by the All India Manufacturers’ Organisation (AIMO), constant job loss and decreasing profits since 2014 has been reported by traders, and micro, small and medium enterprises (MSMEs) across the country.

34,700 samples from traders and MSMEs were analysed by AIMO and revealed that performance of these sectors suffered severely due to demonetisation and roll-out of Goods and Services Tax (GST).

“We have used about 34,000 samples from traders, manufacturing, service and export sectors and from professionals and trade bodies for this study mainly from major MSME clusters in Punjab, Haryana, Tamil Nadu, Karnataka, Maharashtra, Hyderabad, Assam, West Bengal and Kerala,” K E Raghunathan, president of AIMO, told The Indian Express.

“Micro industries show a 43% drop in operational profits, small-scale industries report a dip of 35% and medium scale industries faced a drop of 24%. This is huge, this deserves immediate attention as many sectors within these traders and MSMEs have already gone down beyond a revival,” he said.

Raghunathan further told that while growth was witnessed in all areas of businesses during 2015-16 due to expectations from the new government (the NDA government), it saw a decline next year due to demonetisation.

“It went down next year due to demonetisation. The rollout of GST, due to finance availability and higher outstanding with government payments and compliance matters all worsened these sectors in the next three years,” he said.

The survey also took into consideration the new policies such as ‘Make In India’, ‘Skill India’ etc while tracing the performance and growth of traders and MSMEs since 2014.

“We have done this study in the background of having ‘Make In India’, ‘Skill India’, ‘Digital India’, ‘Start Up India’ campaigns, demonetisation, GST implementation and tax laws, change in the classification of MSMEs, growing NPA phenomenon and the entry of foreign-owned business models such as Ola, Uber, Flipkart and Amazon,” he said.