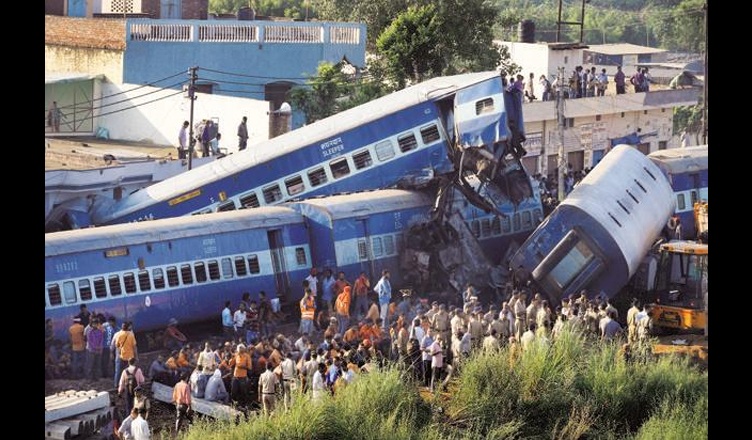 Prime Minister Narendra Modi has always stayed away with facts and has been often seen making false claim and untrue facts. Recently, when the Modi government completed its four years, it shared several infographics about their achievements on social media. One of them was the claim of the Indian Railways recording less than 100 accidents in 2017-18.  But, as usual, Modi was smart enough to tweak the numbers as per his convenience.

If one looks apart from what is being shown by the government, then there are two problems with this claim. First, the decline from 118 in 2013-14 to 73 in 2017-18 is only 38 percent and not 62 percent, as claimed by Prime Minister Modi. Secondly, he very conveniently ignored the mentioning the number of casualties reported in these accidents. It does not take into account that these rail accidents killed three times more people over four years of the National Democratic Alliance (NDA) rule than the 2009-14 United Progressive Alliance (UPA) rule.

If one looks at the number of train accidents, then they were more during the Congress time, but as soon as the focus shifts to the number of casualties, it is three times more than during the UPA’s time. While there were 677 train accidents with 102 casualties and 765 injured during the UPA rule extending over the period 2009-14, there were 346 accidents in the four years to 2018, but 412 people were killed and 908 were injured.

It also shows somewhere the intensity of the accidents taken place under the NDA rule due to which the number of casualties reported is three times more than during the UPAs reign.

Also, one can never forget the year 2016-17, which turned out to be the deadliest for the Indian Railways. A total of 238 casualties were reported due to the accidents, most of which took place due to derailments.