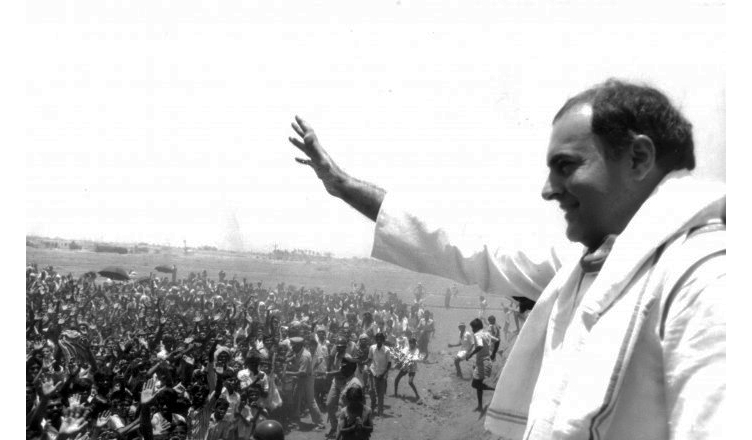 “Your father was termed ‘Mr Clean’ by his courtiers, but his life ended as ‘Bhrashtachari number 1,’ Modi said while addressing a public meeting in Pratapgarh, Uttar Pradesh on Saturday.

On March 18, 1986, India signed a Rs 1,437-crore deal with Swedish arms manufacturer AB Bofors for the supply of 400 155 mm Howitzer guns for the Army. The then Prime Minister Rajiv Gandhi insisted and Bofors pledged to not have any middleman involved.

A year later, a Swedish radio channel alleged that the company had bribed top Indian politicians and defence personnel to secure the contract. Rajiv Gandhi himself ordered an investigation into the same.

In the 1989 Lok Sabha elections, the Rajiv Gandhi government fell and V.P. Singh led the Janata Dal to power and became prime minister of the BJP-supported National Front government.

He sent a three-member team to Sweden including current Finance Minister Arun Jaitley. After eight months of investigation, the team could not find any evidence against Rajiv Gandhi.

“But eight months later, there were no results. A critical MP, quoted in an India Today article, remarked that if the team “continued their investigations abroad, they would soon be entitled to NRI status,” The Caravan reported in its article titled ‘Did Arun Jaitley do enough to investigate the Bofors scam?‘

Even Atal Bihari Vajpayee-led government, in 1999, ordered a CBI probe into Bofors.

And in February 2004, Justice JD Kapoor of the Delhi High Court quashed all the charges of bribery against Rajiv Gandhi and others.

We wish PM Modi would have read the Delhi HC judgement quashing all charges of bribery against Rajiv Gandhi, which was upheld by the Supreme Court as well.

“…So far as the public servants Rajiv Gandhi and S.K. Bhatnagar are concerned, 16 long years of investigation by…the CBI could not unearth a scintilla of evidence against them for having accepted bribe/illegal gratification in awarding the contract in favour of Bofors,” the Delhi HC judgement read.

In 2005, the Supreme Court upheld the verdict.

The Bharatiya Janata Party (BJP) and PM Modi should not forget that truth always triumphs. No matter how hard you try to brush aside the truth and cover it up with lies, the truth will always uncover itself.

3 thoughts on “Mr. Modi, all charges against Rajiv Gandhi in Bofors scam were quashed”