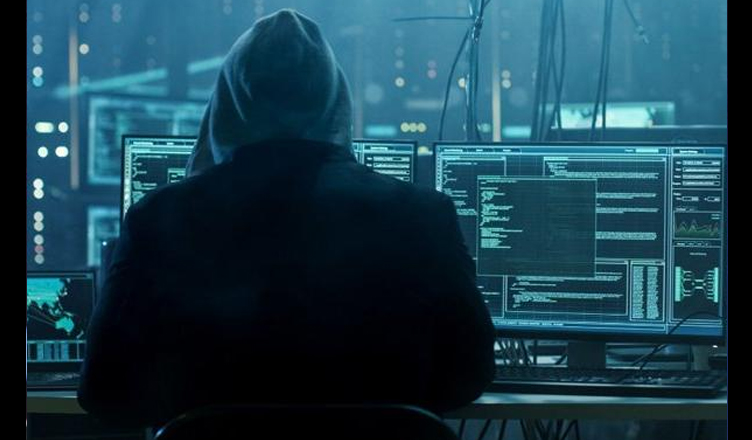 Giving more power to investigating agencies, the Ministry of Home Affairs (MHA) on Thursday issued an order authorising 10 agencies for “interception, monitoring and decryption of any information generated, transmitted, received or stored in any computer.” 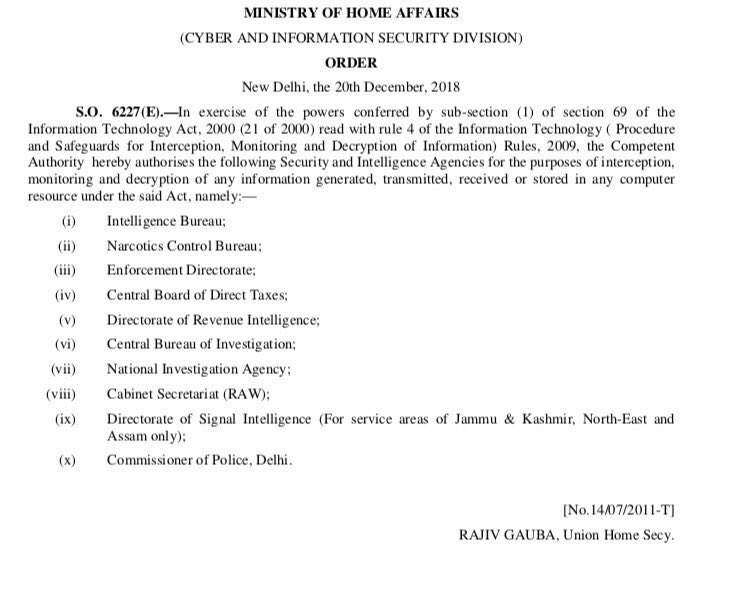 The authorisation has been given under 69 (1) of the Information Technology Act, 2000 which states, “Where the Central Government or a State Government or any of its officers specially authorised by the Central Government or the State Government, as the case may be, in this behalf may, if satisfied that it is necessary or expedient to do in the interest of the sovereignty or integrity of India, defence of India, security of the State, friendly relations with foreign States or public order or for preventing incitement to the commission of any cognizable offence relating to above or for investigation of any offence, it may, subject to the provisions of sub-section (2), for reasons to be recorded in writing, by order, direct any agency of the appropriate Government to intercept, monitor or decrypt or cause to be intercepted or monitored or decrypted any information generated, transmitted, received or stored in any computer resource.”

The move has not gone down well with the opposition.

“The sweeping powers given to agencies to snoop phone calls & computers without any checks and balances is extremely worrisome.  This is likely to be misused,” senior Congress leader Ahmed Patel said in a tweet.

“The Government order giving a blanket approval to electronic surveillance is a direct assault on civil liberties & personal freedom of citizens,” he said in another tweet.

Trinamool Congress MP Derek O’Brien tweeted, “If you use a computer, read this. Snoop. Snoop.”