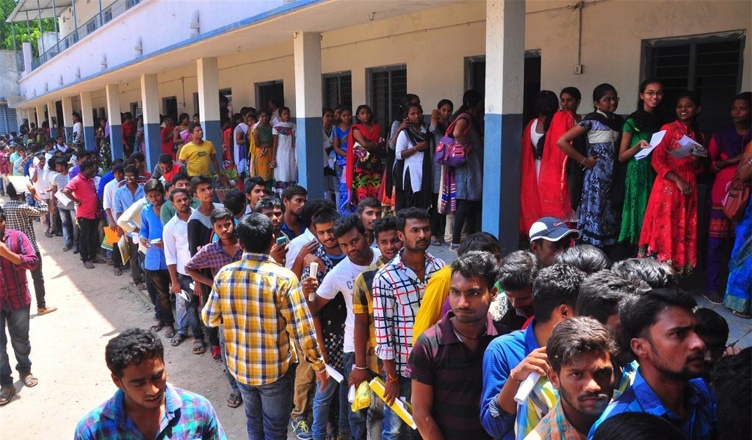 In the last 4 years, unemployment and underemployment are some of the more scary ghosts that haunt Modi led BJP government. Despite promises of robust job creation (not fake news), they have failed miserably. Desperate, they have now turned their attention to the Mudra scheme that was launched in 2015 under the Pradhan Mantri Mudra Yogana. The scheme provides up to Rs. 10 lakhs in loans to non-corporate, non-farm and small or micro-enterprises. The PM is so proud of this scheme, there is even an official coffee table book created for the scheme, no doubt providing employment to some out of work printing press.

An RTI query revealed that of the total loans given, the large sized ones that could actually create jobs were just 1.3%. Most of the loans were either less than Rs. 50,000 or between Rs. 50,000 and Rs. 5 lakh. According to experts, small loans are insufficient to fund a scalable business model or give it the potential to generate employment. There were a total of 4.81 crore beneficiaries of loans worth Rs. 2,53,677 crores in 2017-18, which means an average loan of Rs. 52,700 per beneficiary.

While campaigning in 2014, job creation was one of Mr. Modi’s promises, since failing to deliver on that he said that instead of creating jobs he wanted young people looking for jobs to become job creators themselves. It still remains a mystery how anyone is expected to scale a business, pay employees and live on Rs. 50,000. Apart from this, these loans are given without any collateral making them risky potentially adding to the problem of non-performing assets (NPA).

As all bullies do, Narendra Modi and the BJP continue to believe that facts and figures are for losers so they go ahead and claim that the number of loan beneficiaries is taken as the number of jobs created.