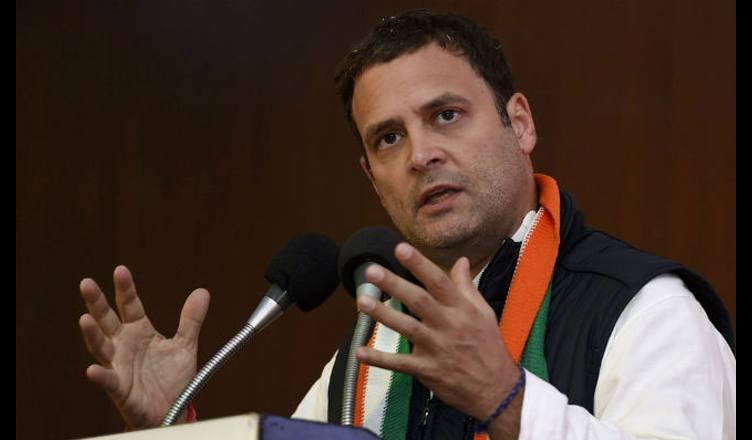 Taking to Twitter, Gandhi tweeted the message along with a news clipping which showed people being trained to speak in favour of the government.

The news clipping was of ABP news channel and the anchor brought into focus the question raised by PM Modi in his last ‘Mann ki Baat’.

The Prime Minister asked a woman, “Has your income doubled?” to which the woman replied in positive. She said her income had doubled.

A channel’s reporter traced down the woman and spoke to her. The woman, identified as Chandramukhi Kaushi hails from Chhattisgarh’s Kanker district.

On being interviewed, it was revealed that what she said was in stark contrast with ground reality.

When the reporter asked her, “Did the income double due to production of grain?” to which Chandramukhi replied, “No”.

What was further revealed by Chandramukhi that she was given training to say this.

She revealed that an official had come from Delhi and gave her training. During the training, the official instructed her to say her income had doubled.

The head of Kanharpuri village, Parshuram Bhoyar seconded Chandramukhi’s claim. He said, “The Agricultural Department team that had come from Delhi has asked Chandramukhi to speak the same on stage. But, the ground reality is different”.