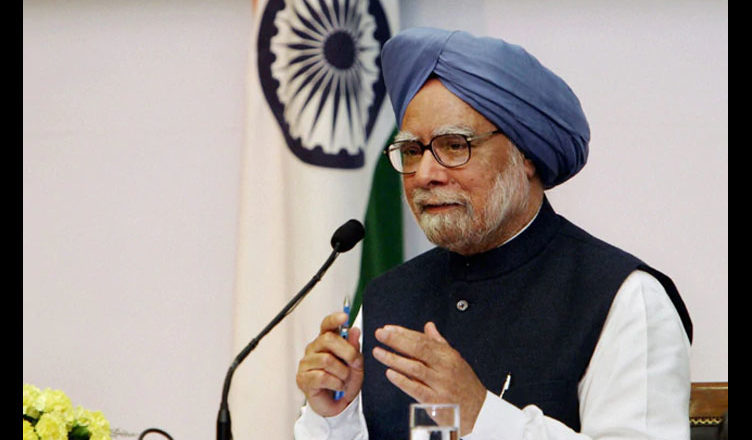 Applauding Congress leader Shashi Tharoor for writing a book that reminds everybody that the idea of India is under threat, former Prime Minister Dr. Manmohan Singh on Friday said that Prime Minister Narendra Modi is a “paradoxical prime minister.”

While speaking at the launch of Tharoor’s new book “The Paradoxical Prime Minister”, Singh said that the Modi government presides over “fearful population, an economy that has been set back by foolhardy initiatives, painful lack of jobs, the growing distress among India’s farming communities, a devastating number of farmer suicides, insecure borders, instability in Kashmir, and the palpable failure in implementation of even laudable initiatives like Swachch Bharat, Skill Development, Make in India and Beti Bachao, Beti Padhao”.

“This is what he presides over, and not a secular, plural, free and equal society that was… envisioned and built in its six and a half decades as a free nation,” he added.

The former Prime Minister alleged that the environment in universities and national institutions like CBI is being vitiated and dissent stifled.

“He (Modi) has spoken of being a Prime Minister for all Indians but the government he presides on has been mostly silent in the face of widespread communal violence, mob lynching, cow vigilantism. At the same time, academic freedom has been curbed,” he said.

In a scathing criticism of the government’s economic policies, Singh said that instead of passing benefits to the people of India, PM Modi instead thought it fit to punish people.

“On the economic front, nothing concrete has been done to bring back the promised billions of dollars allegedly held abroad as black money. He hastily implemented Demonetisation and GST, which have proved to disasters for the economy. Petrol and diesel prices are at a historic high despite the fall in international crude oil prices because the Modi government chose to levy excessive excise duties instead of passing on benefits of low prices to the people of India. Shri Modi instead has thought it fit to punish our people,” he said.

Singh assertively said that in the past four years, PM Modi and his government have failed their electorate and eroded the voters’ faith in his words and promises.

“Much of what the Modi government is all about has turned out to be little more than a series of empty gestures and gimmick with very little substance having been achieved on the ground,” he said.