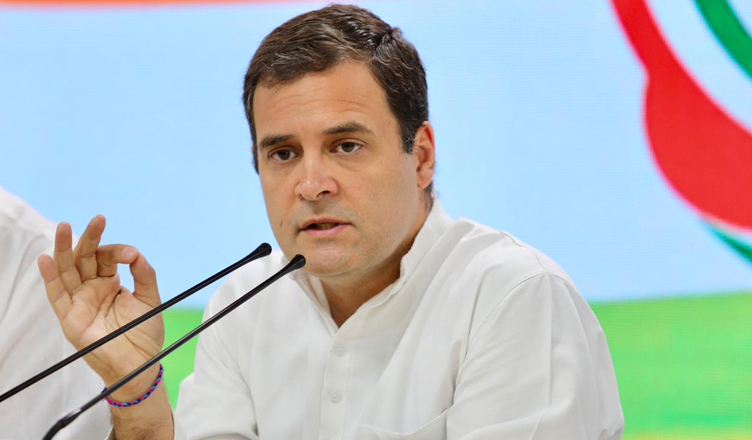 “Army is not a personal property of Mr. Modi. Surgical Strikes are done by the Armed Forces. When Mr. Modi says Surgical strikes during Congress govt were “video games”, he doesn’t insult Congress, he insults the army,” Gandhi said while addressing a press conference in New Delhi.

“We do not politicise Army. It belongs to the country, not any one person and we need to respect that. Prime Minister should have some courtesy to not insult the Army,” he added.

Taking a jibe a PM Modi, the Congress Chief said that the grand old party has demolished the former.

Mocking the Prime Minister for not “having the guts to hold a press conference,” the Gandhi scion said, “I have several times asked him to debate me on jobs and fighting against corruption. Frankly, he does not have the expertise on these issues.”

“I don’t see a strategic campaign by the BJP. I see a scared Prime Minister unable to face the onslaught of the opposition and who is absolutely convinced in his mind that he is trapped. It is a panicky campaign,” he added.

He then appreciated the Congress’ manifesto and how it has taken into consideration people’s voices.

“We have given a list of promises that we intend to fulfill. Everyone appreciated our manifesto, because it reflects the voice of the people. What are Mr. Modi’s promises on jobs and fighting corruption?” Gandhi said.

One thought on “Modi has insulted Army by terming surgical strikes during Congress Govt as video games: Rahul Gandhi”