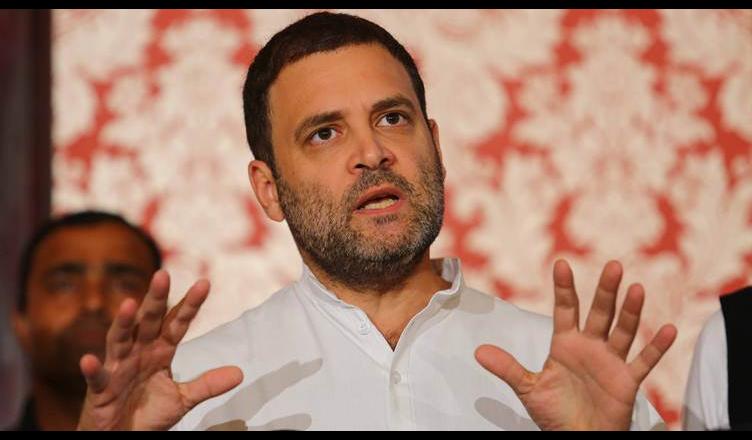 Hitting out at Prime Minister Narendra Modi and his government, Congress president Rahul Gandhi on Wednesday accused the former of playing in the hands of a few industrialists as the poor, the middle-class and small traders suffered.

He said Modi has broken the backbone of the farmers and is playing in the hands of 5-10 industrialists, further adding that while he has done nothing for the farmers, he went ahead and wrote off bad loans worth Rs. 2 lakh crore of 15 businessmen.

“The Prime Minister has taken your money through the GST and demonetization and given it to the likes of fugitive businessmen Vijay Mallaya and Nirav Modi. Modi has spelt doom for the farmers,” Gandhi said.

Terming PM Modi’s bullet train project envisaged to run between Gujarat and Maharashtra as a “magic train”, the Gandhi scion said that project would never become a reality.

Gandhi further said that the current government has failed to solve any issues, in fact, have piled up people with problems.

While asserting that the Congress has always pitched for secularism, Gandhi said that the BJP-RSS always see people through the prism of religion and caste.