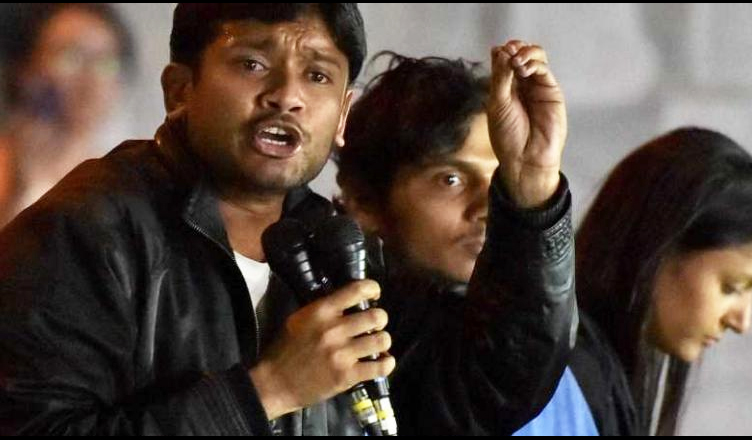 A group of former office-bearers of the Jawaharlal Nehru University Students’ Union (JNUSU), in a statement, have accused the Narendra Modi government of “using the sedition law to control and punish dissent.”

Their statement comes in the backdrop of the Delhi Police filing a chargesheet against former JNUSU president Kanhaiya Kumar in a sedition case lodged in 2016.

Full text of the statement is here below:

The Modi Government is using the sedition law to control and punish dissent: invoking it against JNU students who have emerged as popular voices of people’s opposition, as well as against intellectuals and activists of Assam who are opposing the communal Citizenship (Amendment) Bill in Assam.

The sedition law itself is a draconian hangover from colonial rule that should have no place in a democracy and should be repealed. Supreme Court verdicts have attempted to tame this draconian law by verdicts that clearly establish that mere speech or slogans that do not incite violence cannot amount to “sedition”.

The Delhi High Court in July 2018 held punitive measures by the JNU Administration against the same students for so-called “anti-national” activities to be illegal and arbitrary. A Magisterial Enquiry ordered by the Delhi Government found that evidence against the students including videos and so-called eyewitness testimonies had been fabricated “to misguide the public.”

The very fact that the Delhi Police is filing a charge sheet in this three-year-old case, a mere three months before the Parliamentary elections, indicates that it is politically motivated. In the season of elections, with it on a badly sticky wicket in terms of a bleak performance, with the ruling regime’s achche din totally exposed, with farmers, workers, students, the youth and civil society protesting against it in tens and thousands on the streets, and having lost three big states in the Hindi heartland, the Modi Government is resorting to targeting the students who are some of the most inspiring and consistent voices of dissent. The ploy is to yet again demonise JNU, terrorise all dissenting students and teachers across campuses in India and all those who are raising their voice for justice, democracy and pluralist secularism as enshrined in the Indian Constitution.

The politically motivated timing of the chargesheet is also exposed by the fact that the names of seven Kashmiri students find mention in the case for the first time now. These names had been expediently left out three years ago when their inclusion might have embarrassed the PDP, which was then BJP’s coalition partner in Jammu and Kashmir. These Kashmiri students are rendered especially vulnerable by this fabricated “sedition” case, to potential profiling, hate-speech, discrimination and harassment.

As former JNUSU presidents and office bearers, we stand in solidarity with each and every student named in the chargesheet.

The Modi regime is cornered and exposed on all fronts – worst-ever unemployment, cronyism and corruption scandals involving the PMO, farmers’ distress, the demonetisation and GST disasters, the attacks on India’s best Universities and the promotion of educational scams like the ‘Jio University’, undermining of institutions including CBI, RBI and Courts, and lynch mobs attacking Muslims and Dalits. In its desperate attempt to divert attention and discredit dissent, it is framing false charges against human rights activists, intellectuals, Dalit movement leaders, and JNU students.

As former JNUSU presidents and office bearers, we stand in solidarity with each and every student named in the chargesheet. We also stand in solidarity with the progressive movement in JNU and all campuses across India which are fighting to protect the autonomy of intellectual and academic thought, freedom of expression and dissent, the right to protest peacefully. We call upon all former and current students and teachers of JNU, and in all academic institutions, to join hands and unitedly resist this onslaught on democracy, secularism and the spirit and content of the Indian Constitution.