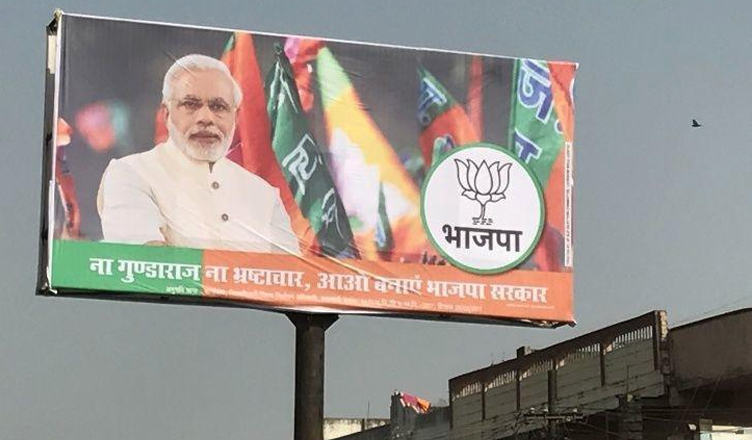 Minister of State (MoS) for Information and Broadcasting Rajyavardhan Rathore, in a written reply to a question, informed the Lok Sabha on Thursday that the Modi Government has spent over ₹ 5,200 crore on advertisements through electronic, print and other media since 2014.

The amount of expenditure done by the Bureau of Outreach and Communication (BOC), an entity created after merging the Directorate of Advertising and Visual Publicity, the Directorate of Field Publicity and Song and Drama Division last year, was also given by the minister.

According to the minister’s reply, the bureau spent ₹2,282 crore on print advertisements, ₹2,312.59 crore on publicity through audio-visual media and ₹651.14 crore on outdoor publicity.

Earlier, Minister of State (MoS) for External Affairs V.K. Singh had told the parliament in response to a lawmaker’s question that Prime Minister Narendra Modi’s trips around the world amounted to a $280 Million (over Rs 2,000 crore).

Breaking up the cost further, Singh told that a total of Rs 1,583.18 crore crore was spent on aircraft maintenance, Rs 429.28 crore on chartered flights, and Rs 9.12 crore on a secure hotline.

The information had come out in the form of replies to RTI activist Bhimappa Gadad’s RTI seeking details about expenses on PM’s foreign trips. The activist then shared these replies with The New Indian Express.