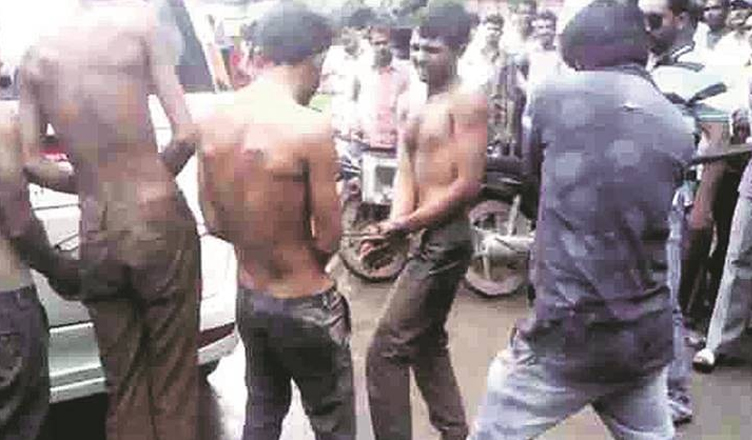 Human Rights Watch, a non-profit organisation, has said in its report the government of India should prevent and prosecute mob violence by vigilante groups targeting minorities in the name of so-called cow protection.

The 104-page report titled “Violent Cow Protection in India: Vigilante Groups Attack Minorities,” describes how Bharatiya Janata Party (BJP) leaders use inflammatory speech with regard to consumption of beef, leading to violence against those who are engaged in cattle trade.

It also said that it was observed in many cases that police stalled prosecution of accused and even saffron party leaders were seen publicly justifying the attacks and defending the accused.

The report states that at least 44 people – including 36 Muslims – were killed in cow-related violence between May 2015 and December 2018.

“Calls for cow protection may have started out as a way to attract Hindu votes, but it has transformed into a free pass for mobs to violently attack and kill minority group members. Indian authorities should stop egging on or justifying these attacks, blaming victims, or protecting the culprits,” said Meenakshi Ganguly, South Asia director at Human Rights Watch.

While listing 11 cases in which 14 deaths were reported, and the government responses in four Indian states – Haryana, Uttar Pradesh, Rajasthan, and Jharkhand – selected because of their large numbers of reported mob attacks, the report mentioned that such attacks have disrupted India’s cattle trade and the rural agricultural economy, as well as leather and meat export industries that are linked to farming and dairy sectors.

On July 17, 2018, the Supreme Court had had issued an order providing directions for preventive, remedial and punitive steps to deal with the crime of mob lynching.

“The State is duty-bound to ensure law and order and to prevent mobocracy. No one can take the law into their hands. No one can become law unto themselves. Recurring pattern of violence cannot be allowed to be the new norm,” a bench headed by Chief Justice of India Dipak Misra had said while hearing a case against cow vigilantism.

One thought on “Modi govt should act against cow vigilantes: Human Rights Watch”