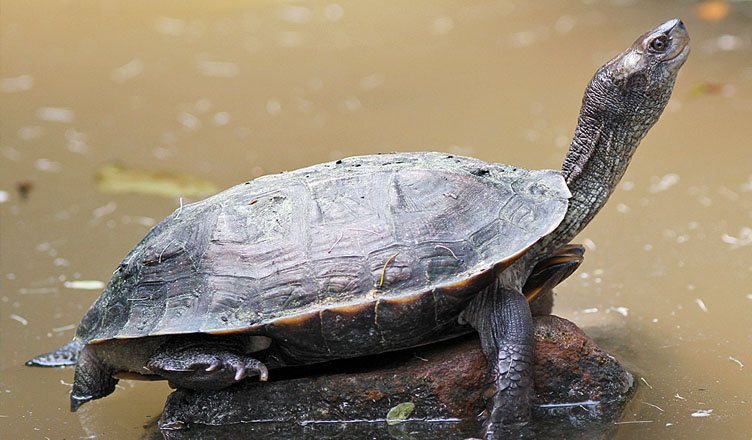 Everything else stands above the environment for the Bharatiya Janata Party (BJP). Perhaps, this is the reason that the ‘Kachhua’ or Turtle Wildlife Sanctuary (TWS), situated in Prime Minister Narendra Modi’s constituency Varanasi, is now set to be wiped off the conservation map of India.

The world’s only protected area dedicated to freshwater turtles, the ‘Kachhua’ or Turtle Wildlife Sanctuary (TWS), seems to be acting as an obstacle for a multi-crore inland waterways project on River Ganga that will pass through Varanasi and end in West Bengal’s Haldia, and therefore, the Uttar Pradesh government has written to the Centre asking for the Kachhua sanctuary in Varanasi to be ‘denotified’. The request to do so was sent following a meeting of the State Board of Wildlife of Uttar Pradesh on August 30, 2018.

Documents accessed by The Wire reveal the reason given by the state government to denotify the sanctuary. The reason stated by the DFO Kashi wildlife division in a written submission to the National Board for Wildlife states that “sence (sic) the sanctuary is not fulfilling its purpose hence it being denotified”.

Another letter by chief conservator of forests S.K. Awasthi on September 5, 2018, authorises Manoj Khare, DFO Kashi wildlife division “to submit a proposal for denotification of the ‘Kachhua Wildlife Sanctuary’ in view of the decision taken in the 8th meeting of the State Board of Wildlife dated August 30, 2018 after due consideration and diligence exercised in the matter.”

If the approval to denotify the Turtle Wildlife Sanctuary (‘Kachhua Wildlife Sanctuary) is given by the Centre this will be the first protected area to be completely wiped off the map of India since the introduction of the Wildlife Protection Act, 1972.

The Centre wishes to make this area, which covers the sanctuary, into a part of a 1,620-km long national waterways project which will be funded by the Centre and World Bank at an estimated cost of Rs. 5369.18 crore.

However, environmentalists and ecologists have raised objections to the project, claiming that the impact it will have on the ecology of the river will be massively negative.