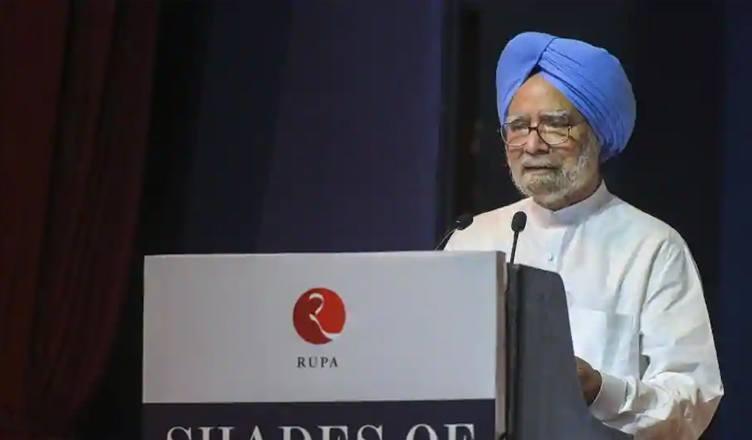 Former Prime Minister Manmohan Singh on Friday said the Modi government had failed on all fronts, be it economic, agrarian or relations with neighbours.

While speaking at the launch of Congress leader Kapil Sibal’s book ‘Shades of Truth–A Journey Derailed’, Singh said, “People are not impressed with the figures that are being put out by the Modi government to justify the creation of a large number of jobs.

The former Prime Minister hit out at the Modi government by pointing out all the fronts one by one.

He said that demonetisation and hasty implementation of the GST had badly hurt enterprises. “Nothing concrete has been done to bring back the promised billions of dollars allegedly held abroad as black money,” he said.

Singh further said the farmers and youth of the country are still suffering.

“Our farmers are still not assured of receiving remunerative prices for their produce. Our youth are desperately waiting for the promise of 2 crore jobs per annum. In fact, employment growth rate has been declining in the last 4 years,” he said.

Talking about India’s performance in the industrial sector under the Modi government, Singh said, “Industrial creation and exports are nearly stagnant. Programmes like “Make in India” and “Stand Up India” are yet to make any meaningful impact on the growth of industrial production. Small and marginal enterprises have failed to derive any significant benefit from “Ease of Doing Business” scheme.”

Singh also said that the environment in our universities is being vitiated and that women, Dalits and minorities are increasingly living in an environment of insecurity.

“Our neighbour is far less secure than it was in 2014. Our relations with neighbours have deteriorated in the last four years. Modi government has failed to address issues relating to a creative use of science and technology for national transformation,” he said.

Singh further said that the Modi government has slowly but surely undermined the values that any democratic polity should fiercely protect.