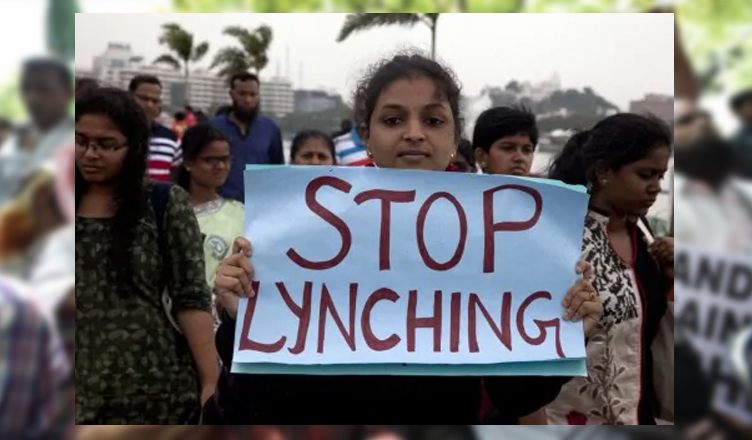 In the wake of recurring incidents of lynching and targetted mob violence against vulnerable groups reported from various parts of the country, the Congress on Monday launched a scathing attack on the Modi Government saying the latter has been aiding and abetting lynchings.

“An unprecedented atmosphere of fear, fuelled with hearsay is being creatively, actively aided and abetted by the state to terrorise gullible people,” Congress spokesperson Abhishek Manu Singhvi said while addressing a press conference.

Singhvi further said that in the past 4 years, India have added a new word in the socio-political vocabulary which is ‘Lynchings’, and that under the Narendra Modi Government, this new phenomena is getting a definite political patronage.

Raising the issue of recent spate of lynchings whereby ‘child lifters’ has become a new medium of rumour mongering and mob justice, Singhvi said, “In just the past month (June) alone 28 Indians have been killed in lynchings: 5 people in Maharashtra’s Dhule, two were lynched earlier in Maharashtra, 7 in Jharkhand, 4 in Tripura, two people each in Assam, Andhra Pradesh, West Bengal, Telangana and one each in Gujarat, Chhattisgarh and Uttar Pradesh”.

These are just the recorded ones, the number of unrecorded ones is far greater and unimaginable.

The Congress spokesperson further said that what is distressing is that in a number of cases, the ministers of BJP-ruled states have either been a cause of abetment or have flagrantly justified this phenomenon”.

“Three lynchings happened two days after an 11-year-old boy was found dead with cuts on his body in Mohanpur, just 25 km from state capital Agartala, and rumours spread that his kidneys had been removed,” he recalled.

The discovery of the body had led to clashes between residents and policemen, leaving more than 10 people injured on both sides, and Tripura Minister for Education and Law Ratan Lal Nath visited the boy’s family the same day and later in a video, he was heard telling a gathering that “the kidney was taken out of the boy’s body after making a round cut”.

Shockingly, when the Tripura CM Biplab Deb visited the boy later, he said both ‘kidneys’ of the boy were found intact after his post mortem examination.

“This clearly demonstrates how a BJP minister added fuel to the fire,” Singhvi added.

Then the BJP MP from Jharkhand, Nishikant Dubey, said he would pay the legal fees for the four people who have been accused of lynching two men in Godda, Singhvi alleged.

It is reprehensible to see the government completely abdicating its responsibility in the quest to add fuel to this madness.

We must ask ourselves and decide if we want an India filled with hate and violence, or do we need an India which is peaceful and where social harmony is paramount for development.