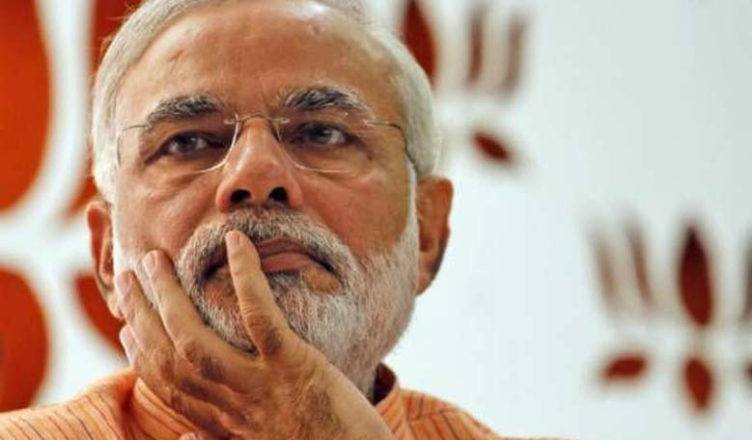 Looks like, Modi, who had won the BJP an absolute majority in the Lok Sabha on the basis of his “vikas” (development) track record and the mega publicised “Gujarat model”, has forgotten about the same. Isn’t it perplexing that Modi is not fighting the Gujarat elections on the same record?

Well, it’s not, because even he knows that it is only bogus to talk about such a thing as ‘development’ which does not really exist and which he failed to achieve. As a result, Modi has now shifted his focus from talking about development to blaming the Congress, who he says did not allow development.

Is he a fool or does he think we are? How exactly a party not in government stopped the Modi development juggernaut is a puzzle.

Modi now makes personal attacks on the Gandhi family. Modi, in a rally in Gujarat, even said that “Nehru was terrified of the BJP”. Bizarre, considering that Nehru died on May 27, 1964, while the BJP came into existence on April 6, 1980.

Modi’s desperation to retain his home state is so palpable that he is hogging even the minor city projects. Him, laying the foundation stone for a flyover in Vadodara, shows his desperation.

Above that, holding a Gujarat-specific GST press conference where the rates on khakra, namkeen and man-made yarn were brought down to 5% is another attempt to woo the Gujarat voters.

The delay in the announcement of the date of the Gujarat elections by the Election Commission and the unconvincing reasons given by them are also painting a picture of Modi’s nerviness.
It can be clearly seen that this is all been done to give enough time to Modi to attract voters with new goodies.

Modi magic has began to wane in Gujarat. People have still not forgotten the damage caused to them by the twin blows of demonetisation and GST.

To add to is, the recent exposure of corruption involving Amit Shah’s son Jay Shah has put another blot on Modi’s credibility.

Why has nothing been done so far in this regard by the man who never got tired from shouting “na khaoonga, na khaane dunga.” Where has this promise vanished? Are the normal standards not applied to Shah?

The change is also indicated in how three young Gujaratis – Patidar leader, Hardik Patel, Dalit leader Jignesh Mewani and OBC leader Alpesh Thakor – have teamed up with the Congress. Patel’s charge that the BJP allegedly tried to bribe one of his aides with Rs 1 crore is a sign of palpable desperation.

Even the BJP knows that its win in Gujarat is a tough task and chances are really slim.

People are agitated, industries are in loss, and Gujaratis are chanting “Humari bhool, Kamal ka phool.”