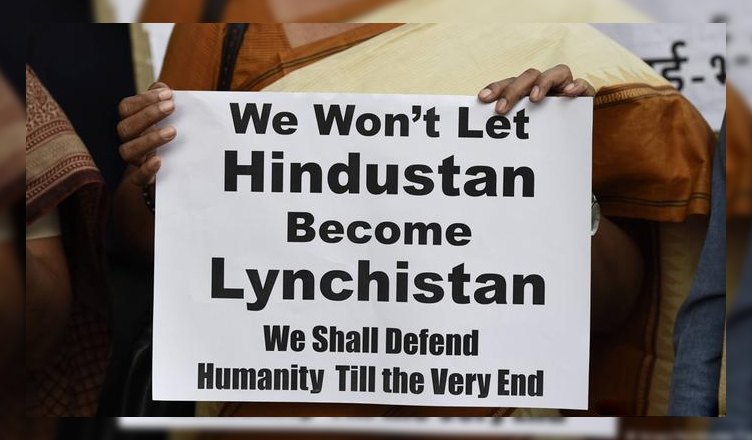 The Supreme Court on Tuesday condemned the incidents of mob lynchings taking place across the country and asked the Centre and Parliament to create a law against it.

A bench of CJI Dipak Misra and Justices A.M. Khanwilkar and D.Y. Chandrachud also sought a compliance report from the Centre and states.

“The Supreme Court has said that it is the duty of the states to ensure inclusive social order, no mobocracy can be allowed,” Tehseen Poonawalla, petitioner in violence by vigilante groups matter told ANI.

The apex court has fixed the matter for further hearing on August 28.

In a report by human rights advocacy group Amnesty International, it has been revealed that 100 hate crimes have been committed against people from marginalised groups in the first six months of 2018.

On July 10, the Congress had hit out at the BJP government after Union Minister Jayant Sinha was seen felicitating eight convicts in the Ramgarh lynching case, and asked if the government supported lynchers.

They further questioned Prime Minister Narendra Modi’s silence on lynchings and opined that his silence was encouraging such crimes.

In the wake of recurring incidents of lynching and targetted mob violence against vulnerable groups reported from various parts of the country, the Congress on July 2 launched a scathing attack on the Modi Government saying the latter has been aiding and abetting lynchings.

“An unprecedented atmosphere of fear, fuelled with hearsay is being creatively, actively aided and abetted by the state to terrorise gullible people,” Congress spokesperson Abhishek Manu Singhvi said while addressing a press conference.

Mob lynching came to notice after Mohammad Akhlaq was killed in Uttar Pradesh’s Dadri on suspicion of storing beef at his home in September 2015.

Since then, the number in such incidents has only seen a rise, with incidents being reported from across the country every day.

The database also shows that 97% (76 of 78) of such incidents were reported after Prime Minister Narendra Modi’s government came to power in May 2014.

More than half or 52% of the bovine-related violence–39 of 75 incidents–were reported in states governed by the BJP at the time, revealed IndiaSpend’s analysis of violence recorded until August 31, 2017.

Despite a growing trend in the incidents of hate crime and mob lynchings, the government has failed to take adequate steps to curb it. As a result, the Supreme Court had to intervene and pull the government for taking up its responsibility and solving it.