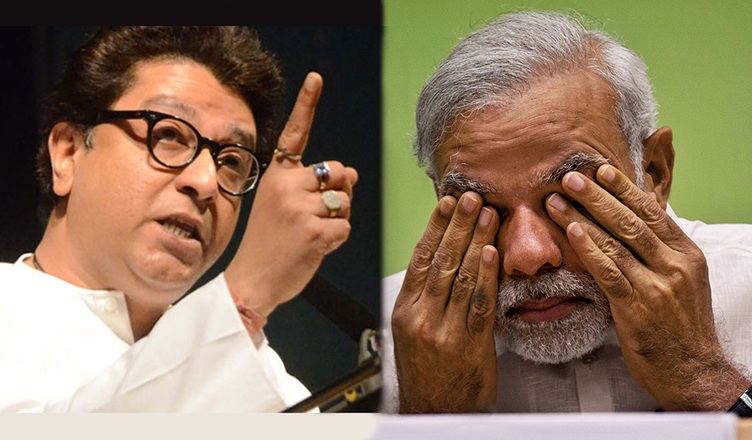 Maharashtra Navnirman Sena (MNS) chief Raj Thackeray on Sunday expressed his disapproval of Prime Minister Narendra Modi-led Bharatiya Janata Party (BJP) government and called out all the political parties in opposition to come together in attaining a “Modi-mukt Bharat”. “In 2014, we all believed in Narendra Modi’s call for a Congress-mukt Bharat. But now, after seeing what he has done to the country, I believe it is time for a Modi-mukt Bharat,” Thackeray said while speaking at Shiv Sena’s customary Gudhi Padwa rally at Shivaji Park in Mumbai.

Thackeray asserted that Modi is not good for the country’s interest and that all political parties must open a front against the BJP government. “Is this not an emergency the way the voices of the media and judiciary are being muzzled. If you study the techniques used by this government, you will realise all these techniques have been written in Adolf Hitler’s books”.

Raising the Ram Mandir issue, Thakceray said that riots may be sparked by the BJP for political gains in the coming elections. “The single-point agenda for BJP is to start riots in the country over Ram Mandir issue. I have heard that certain Muslim organisations have already been approached to spark riots soon after the issue is resolved,” he said.

Furthering his attack on the BJP government, the MNS chief said that demonetisation was the biggest scam and despite knowing everything, BJP showed ignorance regarding the Rafale deal. Even the bullet train project was tagged by Thackeray as a ploy to divide Mumbai from Maharashtra.

Such critical comments coming from Raj Thackeray hint towards a possible alliance between MNS and Congress and Nationalist Congress Party in the upcoming polls.