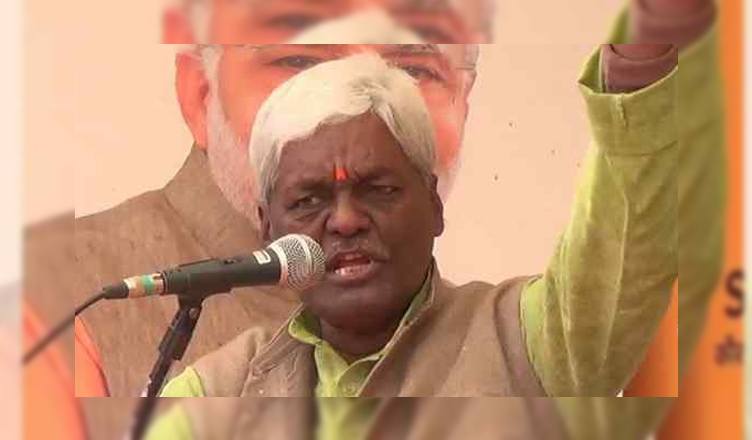 BJP MLA Pannalal Shakya has yet again come up with a bizarre statement, which also reflects Bharatiya Janata Party’s (BJP) misogynistic attitude. The BJP lawmaker from Madhya Pradesh said on Wednesday that women should rather remain infertile than produce kids who are not sanskari.

With the intention of criticising Congress president Rahul Gandhi and his party, the 57-year-old lawmaker said, “Congress came up with the slogan ‘garibi hatao’ but instead wiped out the poor. There are women who give birth to such leaders. Women should rather remain infertile than produce kids who are not sanskari and who deform society”. He was speaking at a public rally in Guna.

Shakya also advised that the role model for all women should be Kaushalya, who gave birth to Lord Ram.

Well, this is not the first time that Shakya has come up with such controversial statements. Earlier also, he was in news for telling girls not to have boyfriends and questioning cricketer Virat Kohli’s patriotism.

While speaking at the Guna Government College on March 25, the BJP lawmaker had advised girls not to make boyfriends in order to stop atrocities against them. At the same time, he also asked boys to “refrain themselves from embracing the western culture of making girlfriends. “They shouldn’t make boyfriends; atrocities against them will stop,” he said.

In the other instance, he had criticised Kohli for choosing Italy as his wedding venue. He further said that Kohli earned money in India but spent millions in Italy and that he had no respect for the country.

“Virat earned money in India… But he didn’t find any place to marry in the country. Is Hindustan untouchable? “Lord Rama, Lord Krishna, Vikramaditya, Yudhishthir got married on this land. You all must have got married here. None of us goes to a foreign country to get married … He (Kohli) earned money here and spent billions there (Italy)… he doesn’t have any respect for the country. This proves he is not a patriot,” he said.