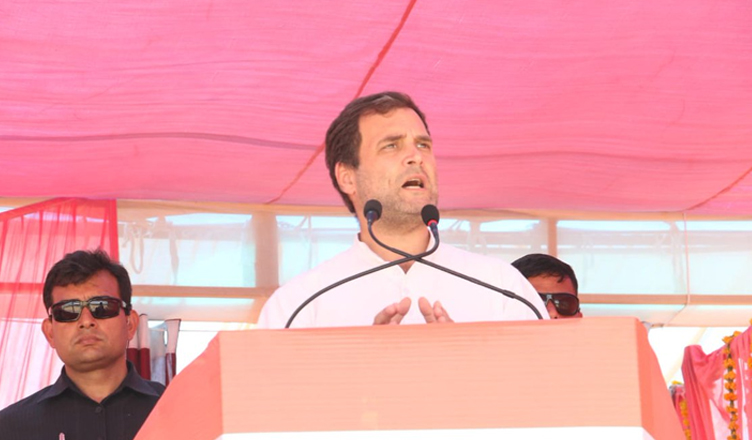 “In 21st century, India will define a ‘Minimum Income Line’ and no one should live below this line. With this intention we came up with NYAY. If Modi govt can give money to the rich, we can do it for poor. ₹12,000 is the minimum income line. Anyone below this line will receive income. 20% of India’s poorest families will receive ₹72,000 every year. This is Congress party’s surgical strike on poverty in India. Minimum Income Guarantee scheme is called NYAY, and the whole country will get justice,” Gandhi said while addressing Jan Sankalp Rally in Suratgarh, Rajasthan.

Emphasising on his intention of providing benefits to the poor, the Congress Chief said that for the last 5 years, Prime Minister Narendra Modi has divided this country, one for the rich like Anil Ambani, who get all the benefits and one for the poor.

“We believe that everyone should have a voice in this country. In last 5 years, PM Modi has opposed and weakened all the schemes that helped the poor. He referred to MNREGA as “digging pits”. He doesn’t understand that these schemes lifted 14 crore people out of poverty,” Gandhi said.

The Gandhi scion further said that in last 5 years, PM Modi has put people back in poverty by taking away jobs through demonetisation.

“Modi government did not give ₹15 lakh, did not create 2 crore jobs, did not waive off farm loans, but, stole away people’s savings by demonetisation,” he said.

Gandhi will address another rally at Khel Sankul ground in Rajasthan’s Bundi.

He will also attend the Shakti Booth workers’ meeting at Ramleela Ground in Rajasthan’s Jaipur.

One thought on “Minimum Income Guarantee scheme will be surgical strike on poverty: Rahul Gandhi in Rajasthan”