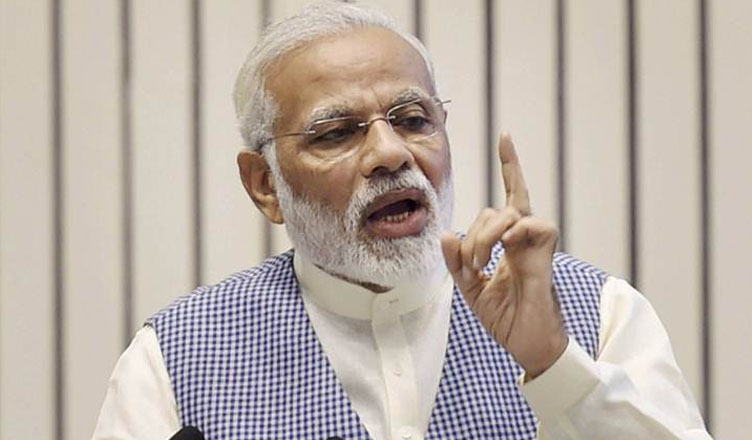 The Prime Minister’s Office (PMO) has allegedly turned down a request by Union Women and Child Development Minister Maneka Gandhi to form a four-member independent committee of retired judges to investigate allegations against those who have been accused in the ongoing #MeToo movement.

Journalist Abhisar Sharma, in a YouTube broadcast on Wednesday, claimed that not only did the PMO reject Maneka Gandhi’s proposal but also decide to constitute a three-member team of cabinet ministers to look in to matter.

“What I am about to tell you will blow your mind,” said Sharma in the video.

“Rejecting Maneka Gandhi’s proposal, the Modi Government said that not four retired judges but three political leaders will investigate allegations. When the charges are against the government officials only, then how could you expect government ministers to carry out an impartial probe?” Sharma said.

He also claimed that Maneka Gandhi received a call from the PMO and she was asked why was she getting into all this. “When she replied that she is a minister and it is her duty to do so, the person from the PMO said that there is no credibility of those women journalists who have spoken against M.J. Akbar. He used very inappropriate words for those women journalists,” Abhisar Sharma further said.

“This is the same government who had promised us ‘Bahut hua naari pe vaar, abki baar Modi sarkar‘,” he mocked.

The former ABP news anchor said that had Prime Minister Narendra Modi been serious about Akbar’s resignation, he would called him back from his foreign visit immediately.

“MJ Akbar resigned only when the matter became too serious and started to bring shame to the government. PM Modi is nowhere to credited for it. Godi media is giving you false information,” he claimed.

As many as 20 women journalists came out in support of Ramani and spoke against Akbar. They also offered to testify before the court, some as the ones who suffered sexual harassment at the hands of Akbar and those who have been a witness to it.

The #MeToo movement gained momentum in India when actor Tanushree Dutta accused actor Nana Patekar of harassing her on the sets of the film ‘Horn Ok Please’ in 2008.

Following her, several women have come out and taken to social media to share their stories of harassment.