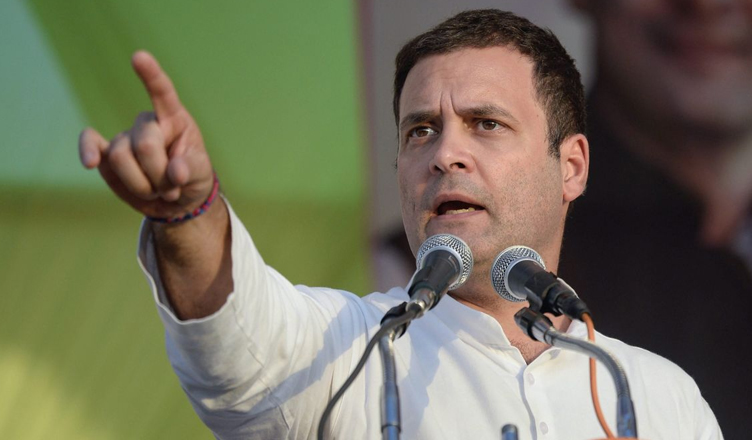 Congress President Rahul Gandhi on Tuesday took a jibe at the Modi Government and said that many “typo errors” will be found now, including the ones in Demonetisation, GST (Goods and Services Tax), Rafale etc.

“All the typo errors of this government will come out in the open, including the Demonetisation scam. I repeat again, Demonetisation was the biggest scam in history, where Mr. Modi stole moment from poor and gave it to his friends,” Gandhi said while addressing media outside the Parliament.

The Modi Government landed in a soup when the Opposition attacked the Centre for misleading the Supreme Court by stating that the Rafale deal pricing had already been examined by the Comptroller and Auditor General (CAG) and the Public Accounts Committee (PAC). The PAC, on the other hand, stated that it never received any such report nor does it know about its pricing.

Fearing serious action, the government on Saturday filed an application in the Supreme Court stating that there was only a “typing error” which needs to be corrected.

The Congress President then said that his party has done what it promised during the campaigning i.e. waiving off farm loans within days of forming government.

“We had promised the work of waiving off would begin soon after forming government. It did not even take six hours to do the same in two states and the third state is about to do it. Modi ji is PM for 4.5 years but he did not waive off even Re. 1 of farmers,” he said.

“We will not let him sleep till the time every farmer’s loan is waived off. Injustice has been done with you. We will make your voice reach him,” he added.

Challenging Prime Minister Narendra Modi to discuss about the Rafale deal in the Parliament, the Congress chief said why is the former running away now.

“Anil Ambani has debt of Rs. 45,000 crore. Modi ji stole money in the Rafale deal and gave it to Ambani. He said he is ready to discuss about the the deal in the Parliament so why is he running away now? Why is he not talking about it in the Parliament?” Gandhi questioned.