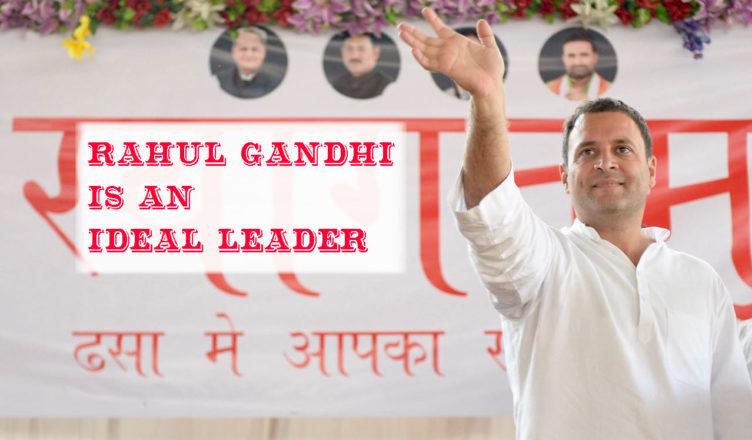 The BJP and bhakt media have built a false and malicious propaganda around Rahul Gandhi calling him all sorts of names.

The fact is that they are scared of Rahul Gandhi for the alternative view and ideas he brings to the table.

APPROACHABLE: He is warm, affectionate and loves to interact with people.

HELPFUL: What he does is not a photo-op. He is genuinely kind-hearted.

HONEST: He believes in the proverb, “People learn from their mistakes.”

SECULAR AND INCLUSIVE: He believes in diversity and an India which is pluralistic.

YOUNG, COOL AND DYNAMIC: His charm and wit sets him apart from the rest.

COURAGEOUS: He dares to defend the truth and the principles he stands for.

HUMBLE AND GROUNDED: He does not beat his own trumpet.

KIND-HEARTED: He has empathy for others, especially for the historically marginalised and poor.

PERSEVERANCE: He is a fighter who never gives up.

VISIONARY: He thinks ahead of time and has a vision of an inclusive and progressive India.

As a leader, Rahul Gandhi takes everyone together, listens to people, instils hope, inspires, and empowers.