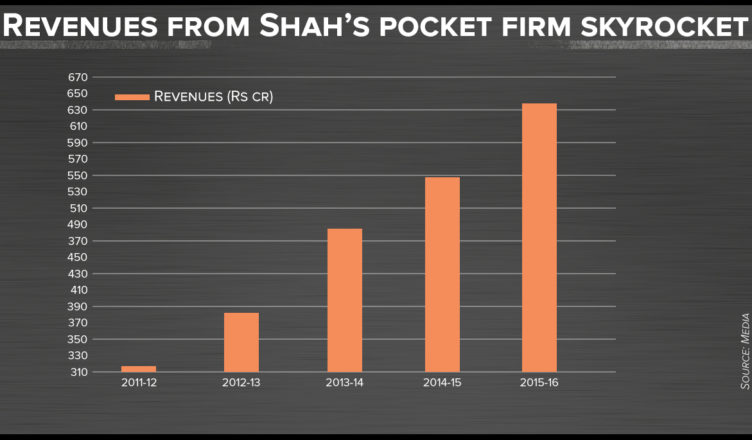 Cube Construction, a Gujarat-based firm has suddenly become the centre of controversy. Why? Because the net worth of this firm, whose promoters are close to BJP president Amit Shah, has gone up nearly four-fold in just five years from Rs 65 crore to Rs 250 crore.

The startling revelations come close on the heels on the scam implicating Jay Shah (Amit Shah’s son) and the power scam, with which Minister Nitin Gadkari’s name is associated.

Also, almost 90% of its past projects and nearly 100% of its current projects have been given to it by the Gujarat Government.

Cube Construction, incorporated in 2006, has already completed 53 massive construction projects and is currently executing about 14 more. The firm has bid and and won contracts for building nearly 60 projects worth around Rs 5,000 crore from various arms of the Gujarat government in less than a decade.

Don’t you think such a success story seems unbelievable, keeping in mind the rigorous tendering process and the stringent qualifications needed for the same?

Another baffling fact is that the firm has experienced no glitches in the completion of any of the government projects. Complications such as land acquisition, payment of vendors etc are common problem encountered by firms. But Cube Construction did not face any such obstruction and executed the projects timely. Quite astounding!

Cube Construction is once again the odd-one out with regards to complaint of delayed payments by the firms involved in government projects. The company is receiving its payments from the Gujarat government at a much faster pace than its competitors.

No doubt that Cube Construction has received disproportionate favours from the Gujarat Government,  and its promoters are very close to Shah.

What is the ‘secret’ behind Cube Construction’s spectacular success? Easy to guess, right? After all, it has the umbrella of Shah over it.