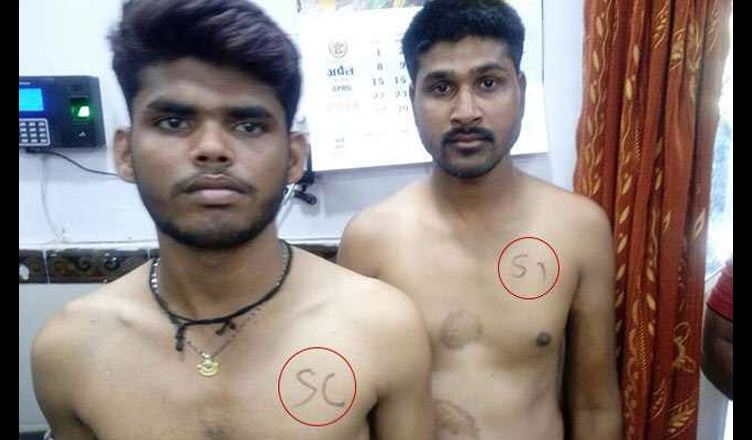 After reports of newly-recruited police constables with their castes – ‘SC’, ‘ST’ and ‘OBC’ – marked on their chests during a medical examination at a government hospital emerged, Congress president Rahul Gandhi attacked the Modi government and said that it was an attack on the Constitution. He furthered his attack and said that it was the ideology of the BJP/RSS which would be defeated by the Congress.

It all started when the newly recruited cops visited the Dhar district hospital for their medical examination. While the candidates from the reserved categories were stamped with SC/ST/OBC on their chests, candidates from the general category were not labelled.

While Dalit leaders in the state have called it a violation of the SC/ST (Prevention of Atrocities) Act and have demanded arrests of the guilty, some sources claim that the stamps were used to avoid confusion among candidates, as height and chest measurement norms are different for constables belonging to general and reserved categories.

An inquired into the same has been initiated as the instruction for the same (putting caste stamp) was not given by any competent authority. BJP MP from Dhar, Savitri Thakur termed the incident as “shameful” and said that but if the act was deliberate, then the perpetrators should be brought to book. Dalit leader Mohan Patil also said the same, demanding the ones responsible for it be booked under SC/ST (Prevention of Atrocities) Act.

If it is a deliberate action, then the Madhya Pradesh BJP government should be ashamed of itself for brazenly promoting discrimination.