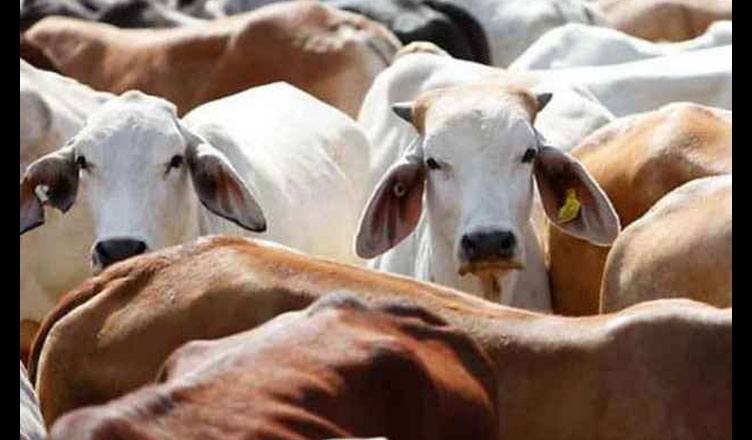 As a result, 450 cows were kicked out of the Naveen Gayatri Gaushala and in fact, eight cows died during their shifting, to build a stage in order to televise the speech.

Even the very sick cows, who were not in a position to move, were also taken out of the cow shed. The cows were moved out a week before the event, and allegedly did not get proper food and water after they were shifted out.

Only, five or six of the healthiest cows were not moved out of the shed in order to display them.

On September 15, 2018, Prime Minister Narendra Modi was to address 17 districts, selected for their remarkable work in developing bio electricity or bio fuel, under his ‘Swachhata hi Sewa’ campaign.

Rajgarh’s ‘Naveen Gayatri Gaushala’ was the only cow shed of Madhya Pradesh which was selected for producing high amount of cow-dung, which is used to create bio gas.

However, the entire exercise turned into a futile one because of the telecast lasting for only two-three minutes because of poor internet connectivity.

“Since a week, the cows have been locked within the farmers’ mandi where they were neither given proper food nor water which led to the death of eight cows and many more fell ill. The cow shed owner and the district administration were busy in the arrangements for conducting the event and forgot the cows,” a local and social worker of Pipliya Kulmi, Shyam Tejri said.

Madhya Pradesh Congress chief Kamal Nath took to Twitter and questioned if this was the BJP’s love for cows.

“Under the Swachhata Campaign of Modi, a stage was set up for video conferencing in a cow shed in Pipliya Kulmi village in Rajgarh district and about 450 cows were shifted to the farmers’ mandi premises, 8 of which died due to hunger of cow. Is this BJP’s love for the cow?” he tweeted.

Isn’t this very hypocritical on part of the BJP. On the one hand, it claims cow is their mother and that it should be worshipped, and on the other hand, they were just abandoned and left to die only to set up a stage to telecast Prime Minister’s speech.