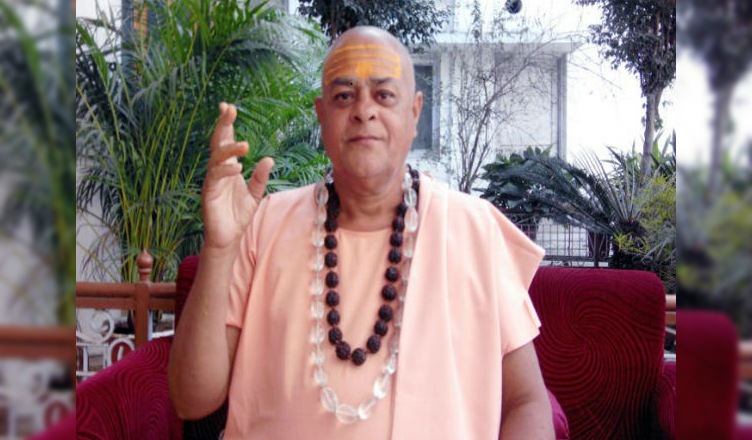 After Madhya Pradesh Cow Protection Board chairperson Swami Akhileshwaranand expressed his discontent on being appointed to a Narmada conservation panel along with some “controversial religious figures”, the leader elevated him to the Cabinet rank.

Akhileshwaranand was named on a panel which also had five other religious leaders, including Namdev Tyagi, popularly known as Computer Baba, Pandit Yogendra Mahant, Bhaiyyuji Maharaj, Swami Hariharanandji Saraswati and Narmadanandji. In April only, these five leaders were granted the status of Minister of State (MoS). However, when all of them were put on the same panel, Akhileshwaranand was not pleased with being put at par with Computer Baba and Yogendra Mahant, which was expressed by him in a letter to Madhya Pradesh Chief Minister Shivraj Singh Chouhan in April. He had also offered to resign from the panel, but Chouhan urged him not to step down. But, that didn’t stop him from remaining absent from the meetings of the panel which also had those two religious leaders in attendance.

“I was surprised to find my name on the committee because my consent was not taken. I object to being bracketed with controversial figures. I feel humiliated because I have been put at par with those controversial figures,” The Indian Express reported Akhileshwaranand as saying in the letter, without naming the two religious leaders.

Akhileshwaranand wrote to Shivraj Singh Chouhan after it came to known that Computer Baba and Yogendra Mahant were allegedly granted the MoS status after they agreed to call off a yatra to expose an alleged corruption in planting of saplings along the Narmada.

The order of his elevation to the Cabinet rank came just a day after he shared dias with Chouhan at a state-level farmers’ convention in Jabalpur.

It proves once again the influence and dominance of religious leaders on the BJP.