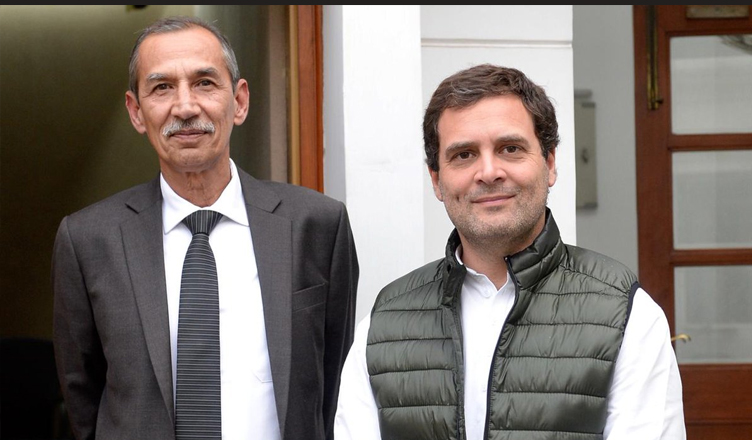 A statement by the Congress on Thursday stated that former chief of the army’s northern command, Lt. Gen D.S. Hooda, who spearheaded the 2016 surgical strikes, will be heading a Congress task force on national security.

“The Congress President is setting up a Task Force on National Security to prepare a vision paper for the country. Lt Gen DS Hooda (retd) will lead the Task Force and prepare the paper in consultation with a select group of experts,” the statement read.

Hooda was the one who headed the surgical strikes carried out by the Indian Army on September 29, 2016, on terror launch pads along the Line of Control (LoC) in response to a terror attack on the army base camp in Uri earlier that month, in which 19 soldiers were killed.

“I will head the task force which is basically going to look at national security challenges, give recommendations and prepare a national security strategy for the next five years. We are looking at a mix of security professionals, including diplomats, uniformed people and police members,” Hindustan Times quoted Hooda as saying.

In December 2018, Hooda had criticised the politicisation of the surgical strike and had said that it would have been better had the strikes been carried out secretly.

The Congress president had applauded Hooda for his comment.

“Spoken like a true soldier General. India is so proud of you. Mr 36 has absolutely no shame in using our military as a personal asset. He used the surgical strikes for political capital and the Rafale deal to increase Anil Ambani’s real capital by 30,000 Cr. #SurgicalStrike,” Gandhi had tweeted.