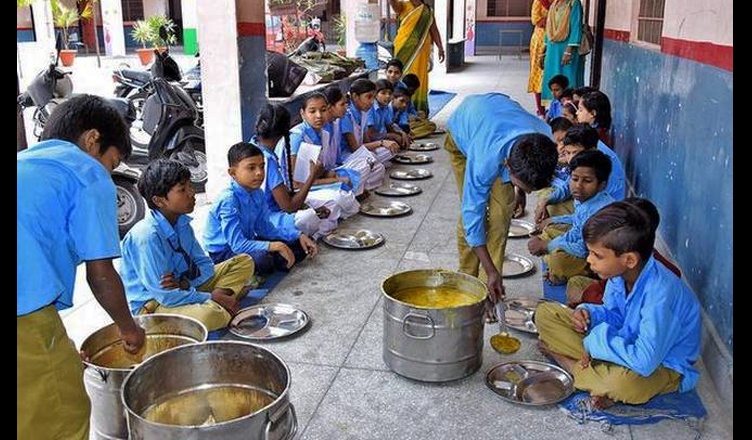 “There was a lizard in the kadi pakoda we had for mid-day meal today. I also ate the same meal and had to take medicine. I have informed the Directorate of Education through WhatsApp today, but an official report will be submitted tomorrow,” The Indian Express quoted school’s vice-principal Carmela Kujur as saying.

The vice-principal also informed that the girls were rushed to a nearby hospital soon after getting the complaint and also opined to make mid-day meals dry in order to avoid repetition of such incidents in future.

This came to notice when a Class VI girl told her class teacher about spotting a lizard in her meal. Following this, an announcement was made in the school to not consume the food.

Soon after the announcement, many girls started to complain of stomach aches, headaches and uneasiness, as some of them had already consumed the food.

The girls, accompanied by their teachers, were then rushed to the local hospital and their parents were informed.

This comes within a week of another such incident where lizard was found in mid-day meal. Two students of a government school in east Delhi’s Kalyanpuri fell sick allegedly after consuming mid-day meal. They also said they spotted a lizard in their meal.

In both the cases, lizard was spotted in the mid-day meals following which students complained of stomach pain.

A notice has been issued by member of Delhi Commission for Protection of Child Rights Ranjana Prasad to the directorate of education asking them to take action against the meal provider.

It is not only careless but also criminal. The government should ensure that the meal providers fulfil their responsibilities with due diligence and a proper check should be made once the food is prepared.