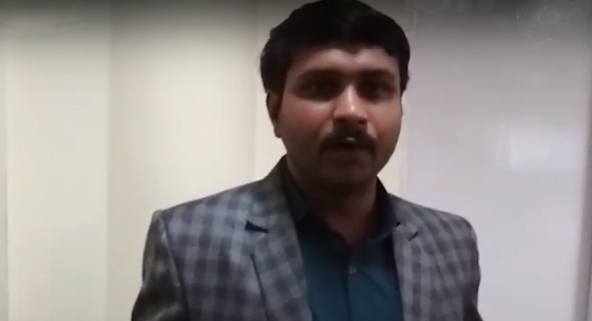 First petitioner in the case of suspicious death of CBI judge BH Loya, Nagpur-based RTI activist Suryakant Lolage, has claimed that his life is under threat.

His writ petition filed at the Nagpur Bench of Bombay High Court on November 17, 2017, has now been transferred to the Supreme Court, which is continuing hearing on all petitions in the Judge Loya case on Friday, reported the National Herald.

“If I have to die, I will die but before that I will speak the truth. People died (killed) even when they had not uttered a single word. It is better to speak and die rather than dying without speaking,” Lolage said while speaking to National Herald.

“Information pertaining to Justice Loya’s death, which we got from the RTI, has all the threats. In this case, Satish Uike and I are the only surviving witnesses,” he said.

“I was present in the meeting in which advocate Shrikant Khandalkar and retired district judge Prakash Thombre met and discussed the issue (threats given to Judge Loya and his death) on December 3, 2014,” he further said.

Lolage said that after filing the petition in the Nagpur High Court, the documents and information that they dug out proved that Justice Loya did not die a natural death.

The other two witnesses in the case also died under mysterious circumstances.