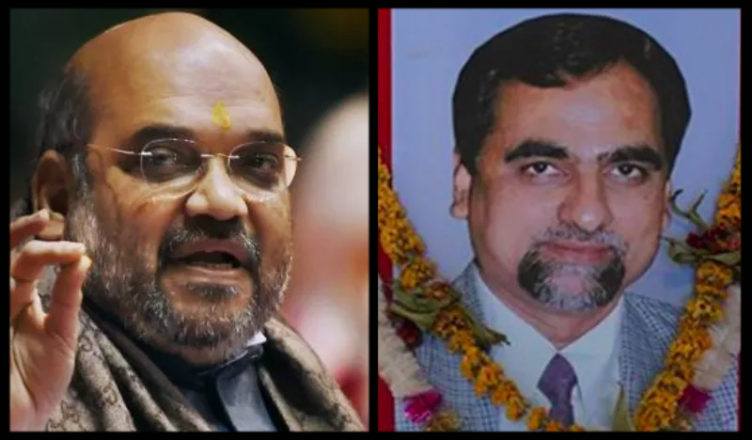 Bombay High Court judge Justice Loya, who was reported to have died from a heart attack on December 1, 2014, was allegedly offered a bribe of Rs. 100 crore to pass a ‘favourable order’ in the Sohrabuddin fake encounter case involving Amit Shah.

The sister of Brijgopal Harkishan Loya, Sarita Mandhane told The Caravan that few weeks before his death, judge Loya had told her about the bribe which she alleged had been offered to him by Mohit Shah, the then chief justice of the Bombay High Court.

Judge Loya’s father told the magazine that he was also offered a house in Mumbai, and land as well.

On December 1, 2014, Loya’s family received phone calls informing about the death of the judge due to a massive cardiac arrest.

The sister also told that when they saw his body, they found bloodstains on the neck at the back of the shirt, his belt was upturned and that his jaw was twisted.

Judge Loya’s father, while claiming the same, said that his son was under immense pressure and was even considering putting down his resignation or getting transferred.

After his death, M.B. Gosavi, the judge who took over the case discharged Amit Shah in less than a month and even before the trial had even started.

He began hearing Shah’s application for relief on December 15, 2014, and concluded hearings two days later on December 17, reserving his order.

It is so sad that even the independence of the judiciary is being chained now.

The statement of the Supreme Court judges given yesterday is nothing but a hard-hitting fact.

Democracy is literally in danger!