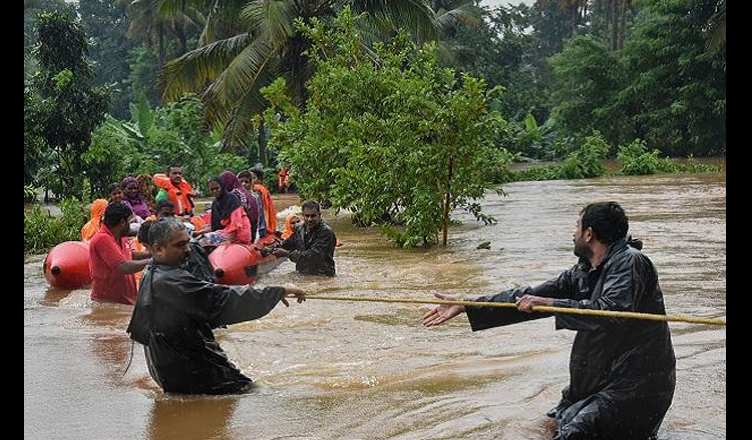 The Modi government has not accepted a request by the Kerala government to provide for free rice for flood victims, according to Malayalam newspaper Mathrubhumi.

The government policy states that the Minimum support Price (MSP) set prices would be the basis for the allocation in cases of disaster victims and calamity affected areas, but the Modi government is not ready to do that also. Instead of giving out rice at ₹3/kg, which is a provision to all the beneficiaries of the Public Distribution System (PDS) under the NFSA (National Food Security Act), it has offered to provide rice at a minimum support price of ₹26/kg.

A similar thing was followed by the Centre during the 2018 floods. The Modi government had asked the Kerala government to either pay for the ration or it would deduct that amount from the relief fund provided by the Centre to the state.

Also read: WATCH: On being asked if he wants to say anything, P Chidambaram, in CBI custody, mocks government by saying 5%

It was only after Kerala Chief Minister Pinarayi Vijayan protested the move and wrote to Prime Minister Narendra Modi that the Centre decided to waive the payment for the ration.

On the other hand, the Modi government gave ₹200 crore flood-related funds to Uttar Pradesh in 2018, when there was no flood there.

It compels people to think if there is favouritism towards those states which voted for BJP?