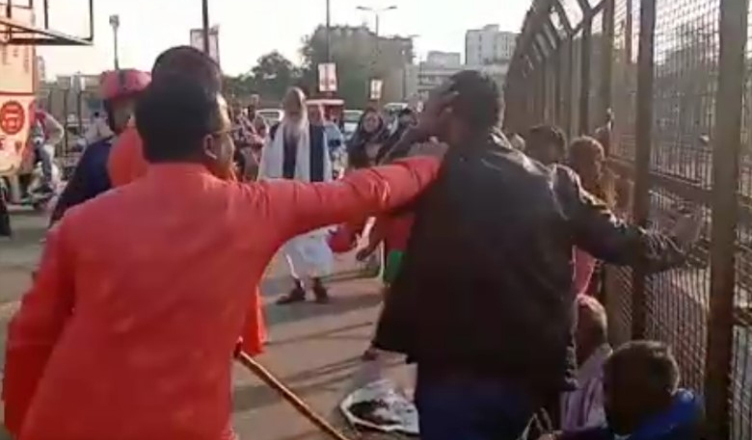 One person, in connection with the thrashing of Kashmiri dry fruit sellers in Lucknow on Wednesday, was arrested by the Lucknow Police on Thursday.

Two Kashmiri vendors were thrashed by several men wearing saffron shirts on a busy road in Lucknow on Wednesday. Lucknow police have arrested one person in connection with this incident

A pair of saffron-clad men thrashed two Kashmiri vendors on Monday, only because they were Kashmiris.

It was only when some locals intervened that the vendor was rescued. While one of the vendors ran away from the spot, the other was rescued by one of the locals who questioned the goons for attacking them. On being asked why they were beating up the men, the assaulters replied that they were “Kashmiris.”

SHOCKING: Some goons in saffron kurtas throttle, assault a Kashmiri dry fruit seller in Lucknow. Passersby come to rescue of the Kashmiri. Case yet to be registered.

SECOND video of the attack. These cries of this Kashmiri should make us all hand our heads in shame. Truly disgusted to see these clips. This is not the #NewIndia anyone can hope for. India is big, our hearts are bigger. Kashmir is our and so are the Kashmiris. pic.twitter.com/L7nXAqL2vf

The Quint even exposed one of the assaulters, Himanshu Awasthi, a “former BJP politician” and member of the Vishwa Hindu Dal, as his Facebook profile says. 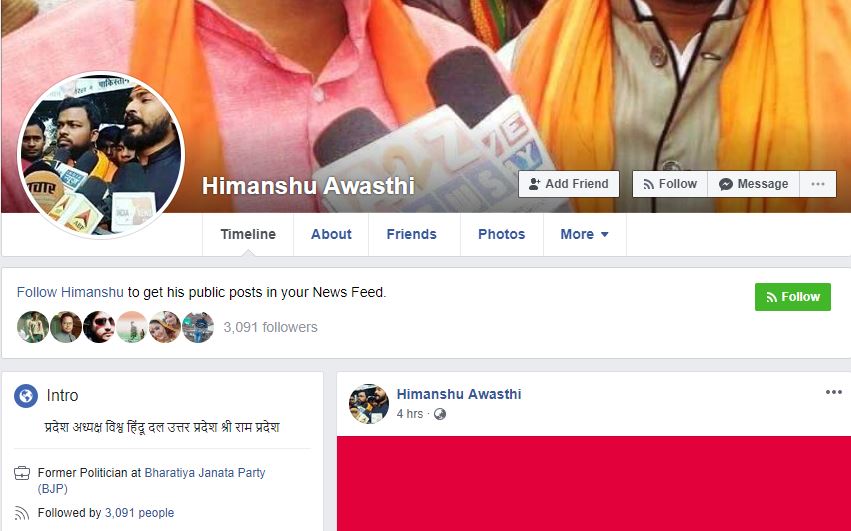 According to The Quint, another accused, Aniruddh Shyam, a member of Vishwa Hindu Dal, went live on Facebook with a video of them thrashing the Kashmiri men. However, the video has now been deleted from his profile.

Another thing which is very clear is that the who act was done intentionally and that the accused have absolutely no regret for their actions.

When a Times Now journalist confronted the Vishwa Hindu Dal leaders who assaulted the Kashmiri men, not only were they brazen enough to defend it, but were also unapologetic about the same.