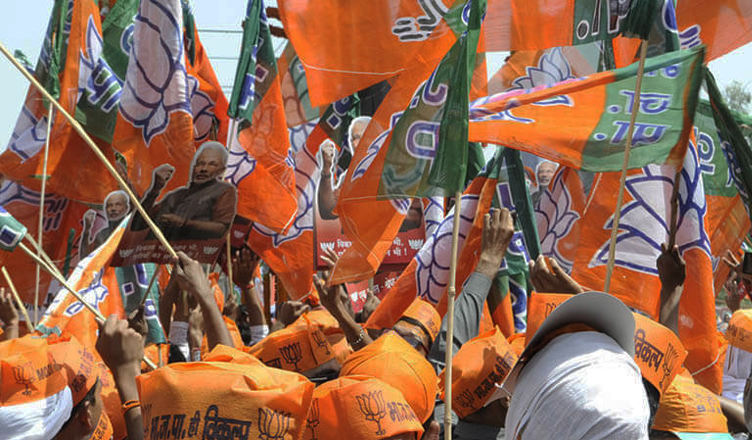 Thousands of those who follow Periyar E V Ramasamy’s ideology were seen participating in ‘Karunjattai Perani’, a rally and conference, to ensure that Tamil Nadu remains a ‘Periyar Land’ and never be a ‘saffron land’, in Trichy on Sunday.

Political outfits like Dravida Kazhagam, Dravidar Viduthalai Kazhagam, and Dravida Iyakka Thamizhar Peravai and thousands of people from more than 150 outfits participated in the rally, which began from passport office and ended at Uzhavar Sandhai grounds.

The aim of the rally was to come together, join hands and ensure that “there would be no fascist regime, no divisive politics and saffronisation in the state by BJP (Bharatiya Janata Party), RSS (Rashtriya Swayamsevak Sangh) or any other group or political party.”

“Some are trying to turn Periyar land into Saffron land. But we’ll not let it happen,” Dravida Kazhagam president K Veeramani was quoted by The Times of India as saying.

As many as 25 resolutions were passed during the conference including renaming all the cities and places in Tamil Nadu, abolish the post of governor and ban outfits like (RSS).

The BJP is eyeing the 39 seats in the state as the Lok Sabha polls are approaching, and if reports are to be believed, it is mulling over entering into an alliance with the All India Anna Dravida Munnetra Kazhagam (AIADMK) for the polls.