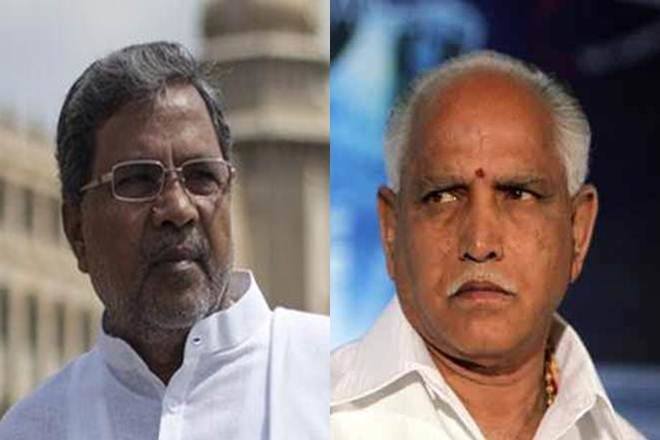 Karnataka Chief Minister Siddaramaiah lashed out at Bharatiya Janata Party (BJP) for reducing their chief ministerial candidate B.S. Yeddyurappa to a dummy face. He also took potshots at Prime Minister Narendra Modi and Uttar Pradesh Chief Minister Yogi Adityanath, calling them as “North Indian imports”, and at the same time asserting that he will be winning in the upcoming state elections.

Siddaramaiah also criticised BJP for its decision to give tickets to controversial Reddy brothers. He tweeted, “The Reddy Brothers ran Republic of Bellary in 2008-12, made B S Yeddyurappa a puppet CM, bought MLAs under Operation Kamala, kept them in resorts and looted Rs 35,000 crore of iron ore. Karnataka suffered humiliation of being called the most corrupt state.”

. @BJP4Karnataka by waiting for North Indian imports like PM Modi, UPCM Adityanath is admiting they have no leaders in the state. They have reduced their CM face @BSYBJP to a dummy.

PM may come & go. Here it is Siddaramaiah vs BSY & you know who is winning.#CongressMathomme https://t.co/IatRRstyAe

The #ReddyBrothers ran Republic of Bellary in 2008-12, made @BSYBJP a puppet CM, bought MLAs under Operation Kamala, kept them in resorts & looted 35,000 Cr. of iron ore. Karnataka suffered humiliation of being called “Most corrupt State”

They are back again to loot Karnataka. https://t.co/tVYuHy8Dde

In a press conference yesterday, the Congress had criticised BJP for the same. “I’m here today with the important issue of plundering the natural resource of Karnataka in a mining scam. The lokayukta had proclaimed the loss of Rs 35000 crore in the mining scam which had caused Yeddyruppa to be sacked as Chief Minister when it came out. But according to Modi government, no one is responsible for the Rs 35000 crore scam. Modi is become the protector and defender of the Bellary gang,” Congress spokesperson Randeep Surjewala said.

“On 18th November, 2013, the Siddaramaiah government assigned the iron ore mining scam to the CBI. Nine ports were used to siphon off iron ore from Karnataka and this illegal ore was exported. The lokayukta has stated this on record. When CBI was examining this cases, Amit Shah declared Yeddyruppa as the CM candidate. On 13 June 2017. CBI writes to Karnataka saying no iron ore was stolen from the two ports in Goa, citing that they could not find the criminals as the iron ore stolen from Goa and karnataka have got mixed up. This is preposterous reasoning,” Surjewala further said.

The BJP has fielded two Reddy brothers, Karunakar Reddy and Somashekhara Reddy from Harapanahalli and Ballari respectively. The three Reddy brothers tainted mining barons and have been accused on illegal mining in the past.