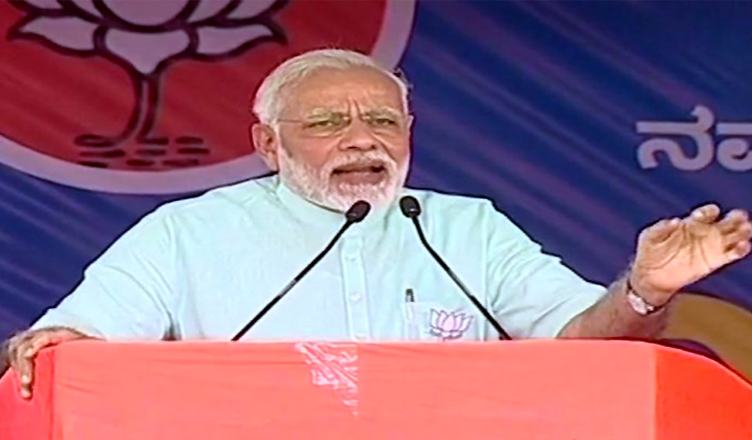 Hinting towards the wave that will blow in 2019, people were seen leaving the venue where Prime Minister Narendra Modi was addressing a rally in Santhemarahalli in Karnataka’s Chamarajnagar yesterday. It was the first of the several meetings that are to be held by the Prime Minister over the next five days for the upcoming Karnataka assembly elections.

Prime Minister Modi said that he could see a BJP wave in Karnataka, but the way crowd dispersed from the venue even before his speech could end, hinted towards some other wave only.

A video tweeted by the handle @churumuri shows a large number of people leaving the venue while the voice of Modi is still audible in the background, indicating that he was still speaking at the time.

The crowd starts dispersing before @narendramodi’s speech ends. The PM boasted of his feat of electrifying the remaining 3% villages in India, before an audience in #Santhemarahalli, 40 km from Shivanasamudram, Asia’s power station—built in 1902. #KarnatakaAssemblyElection (7/7) pic.twitter.com/8QZnB1GkMr

Karnataka is to go to polls on May 12, whereas the results will be announced on May 15.