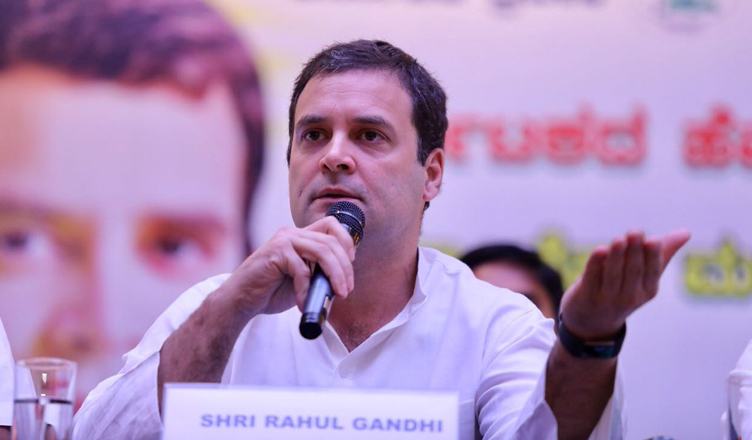 Reacting to Prime Minister Narendra Modi making personal comments against him, Congress president Rahul Gandhi on Thursday said that he attracts anger from PM Modi because the latter views him as a threat. The Congress president was addressing media in Bengaluru on the last day of campaigning for the upcoming Karnataka Elections to be held on May 12.

Attacking Prime Minister Modi’s silence on the rising atrocities against Dalits, the Congress president iterated that his party would defend the rights of the Dalits and raise this issue. “We had said that Dalits are being beaten up and oppressed when Rohith Vemula is killed Modi ii doesn’t say a word. When Dalits are killed and humiliated in other parts of India, Modi ji doesn’t say anything,” he said.

Rahul Gandhi once again clarified that his recent visits to temples and mutts were not a step towards image correction, but he visits them whenever he receives an invite. He said, “Our people have different religious beliefs. As a leader of the political party, it is my job to visit the religious institution that invites me. I will however not go to a single institution that divides the society”.

Also read: In this battle of ideas, Congress will defeat BJP’s ideology of hate and anger: Rahul Gandhi

When a reporter asked the Congress president on rape being politicised, Gandhi said that it was indeed a political issue and politicians need to speak up when such crimes take place. “Rapes are a political issue. Are you trying to say that politicians should remain silent while the women of this country are raped?” he said.

Gandhi questioned the BJP over giving tickets to mining mafia Reddy Brothers. “PM Modi must explain why the CBI has turned into the Central Bureau of Illegal Mining? Why are corruption tainted people, who looted Karnataka, are representing the BJP in Karnataka?” he asked.

Attacking PM Modi over his silence on the Dolam issue during his recent visit to China, the Congress president said the PM incorrectly handled the situation. “The PM went to China after the Chinese entered Doklam, but didn’t speak a word on Doklam. Our foreign policy has been decimated and this is because of PM incorrect handling of the situation,” he said.

Also read: In Karnataka, Congress vs BJP is a “no contest”: Congress president Rahul Gandhi

Gandhi then expressed his elation over his visit to Karnataka which helped him to learn from the spirit and the perspective of the people of Karnataka. He asserted that the Congress will never let the RSS-BJP snatch away Karnataka’s spirit, identity & Basavanna’s principles. “The Congress has run a constructive and positive campaign. However, the opposition has not spoken about their plans for Karnataka’s development. We’ve developed Karnataka extensively over the past five years, we’ll continue along that path of development more aggressively,” he said.