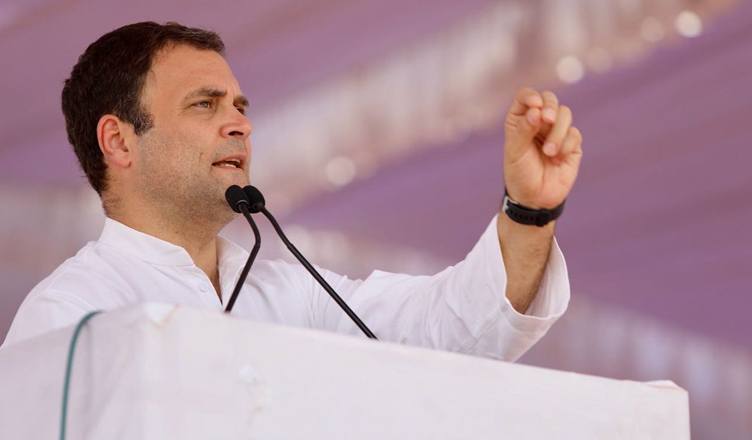 Bringing to light the rising climate of intolerance against the Dalits and minorities, Congress president Rahul Gandhi on Friday attacked Prime Minister Narendra Modi over his silence on the same. “The BJP-RSS is assaulting Dalits across the nation while the one who keeps on talking about Ambedkar is silent,” Gandhi said while addressing a rally in Karnataka’s Kalgi.

While mentioning how Prime Minister Modi ignored his request for waiving farmers’ loans, Rahul Gandhi asserted that the Congress will waive the loans of farmers within 10 days of coming to power in 2019. He further said that they delivered on their promises made by them in Karnataka through various welfare schemes. “Even PM Modi has acknowledged Karnataka’s better employment record. We would further improve this record by increasing women employment,” he said.

Taking a dig at PM Modi’s double-standards on corruption, the Congress president said that at a time when the businesses in India were having a difficult time, the turnover of the firm owned by BJP president Amit Shah’s son Jay Shah grew from Rs. 50,000 to Rs. 80 crore. Referring to Amit Shah’s gaffe in which he mistakenly said Yeddyurappa was corrupt, Gandhi said that even the BJP knows that Yeddyurappa is deceitful.

Raking up the issue of personal attacks being made by PM Modi against him, Rahul Gandhi said that he would not indulge himself in the same, but would definitely question the brazenness of the BJP ministers to commit heinous crimes and getting away with it easily. “The BJP has led personal attacks against me, but I respect the position of a prime minister. I will not undertake any personal attacks against PM Modi. I will, however, question him about farmers’ issues, about crimes against women and about BJP’s chief minister candidate,” Gandhi said.

Gandhi promised that the Congress government would lead Karnataka to new heights and would work towards making it more developed and prosperous.  “We have planned food processing plants for the benefit and growth of Karnataka farmers,” he added.

Karnataka will go to polls on May 12. The results will be announced on May 15.