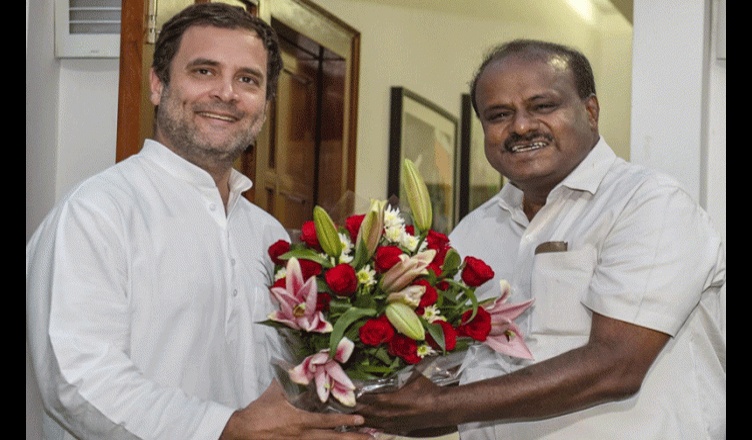 Saving farmers is the priority of the government, Kumaraswamy had said soon after forming the government in the state, and without taking much time, the Congress-JDS coalition government has fulfilled this promise of theirs.

The details of the proposal will be disclosed in the state budget to be presented by Kumaraswamy on July 5.

The Committee has also approved with minor changes the Common Minimum Programme, which envisages Rs. 1,25,000 crore on irrigation projects across Karnataka over the next 5 years.

Kumaraswamy will present his maiden budget for 2018-19 on July 5, during the assembly’s 10-day monsoon session, which will also allot funds for irrigation projects, health insurance scheme and skill development to generate 1 crore jobs in the next 5 years.

In fact, the condition of farmers in the BJP-ruled states is even worse, from where we receive reports of a number of farmers committing suicide due to loan burden.

Maybe, the BJP should take lessons from the Congress-JDS government in Karnataka, which is working towards its people, just like a responsible and pro-people government should.