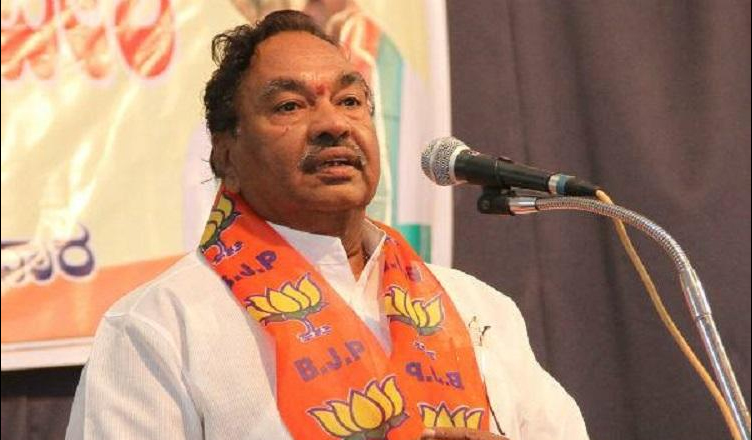 Reflecting his anti-Muslim mindset, senior Bharatiya Janata Party (BJP) leader in Karnataka K.S. Eshwarappa on Monday said that since the Muslim community does not support the saffron party, they will not be given party’s ticket to contest.

According to Hindustan Times, Eshwarappa comments came in response to Congress leader Iqbal Ansari’s statement wherein he said the Congress, BJP and Janata Dal (Secular) (JD(S)) had not fielded many Muslim candidates for the upcoming Lok Sabha elections.

“Having come to the realisation that the Congress treats them as vote banks, the Kurubas and Muslims have even rejected tickets from the party. Ansari must understand that they have only made [Muslims] a vote bank and it will be good that he realises that. We will not give Muslims ticket in Karnataka because they have not believed in us. If they believe us and vote for us then we will give them a ticket,” Hindustan Times quoted Eshwarappa as saying after addressing members of the Kuruba community, to which he belongs.

The MLA from Shivamogga further said that if Ansari wants to get a BJP ticket, he will have to join the party and clean the floor of the office.