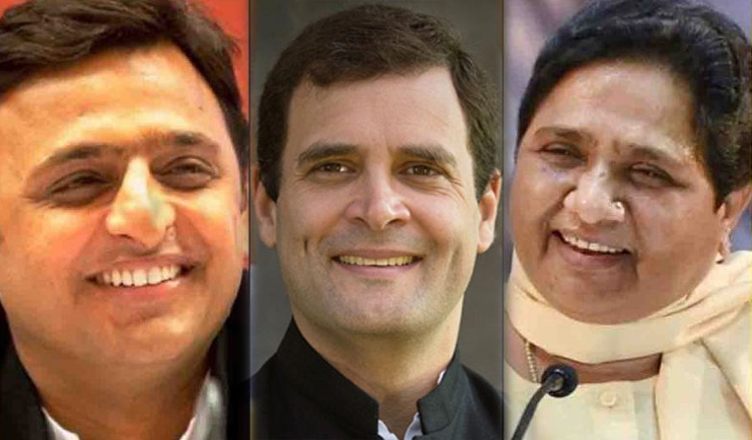 The Muzaffarnagar riots (September 2013). The BJP sweep of UP in the general elections (May 2014). The UP assembly elections sweep by the BJP (March 2017). If one traces the timeline of UP’s electoral politics and social fabric over the past 5-7 years, polarization on religious lines is a clear factor determining the outcome of elections. This of course does not imply that there was no polarization prior to 2013. It also does not exonerate the other political parties like the Samajwadi Party (SP), Bahujan Samaj Party (BSP) from the sins of the past.

Muzaffarnagar 2013 however changed the landscape of UP politics in a blitzkrieg like manner. It was the first time when social media tools and technology was (mis)used to flare up communal divide and drive a wedge between two dominant communities in Western UP – the Jats and the Muslims.  Centuries old relations between the land-owning Jat community and the farm laborer Muslim community were shattered during the September 2013 riots. Cases of rioting and arson were since lodged by both communities against the other. Signs of a truce were nowhere in the picture with the BJP openly siding with the Jats on the riots cases, while the SP cast its lot with the Muslims. The incident of Mohammad Akhlaq’s lynching in 2015, one of the first such instances to later occur across India, over rumours of beef kept in his fridge further aggravated the communal divide.

While the BJP/RSS leaders played their part in instigating mobs of Jats in fanning the flames of violence, the ruling SP government too played its part by not taking appropriate action to arrest miscreants on both sides of the communal clashes. Election results since 2014 have shown the deep rooted polarization between the two communities as the traditional party of the Jats – Ajit Singh’s Rashtriya Lok Dal (RLD) faced a washout since then. The BJP’s thumping wins in Western UP came at the expense of the traditional Jat party – RLD which suddenly faced  an existential crisis as its support base shifted en-masse to the BJP.  The Samajwadi Party too faced an erosion in its support base, raising questions of electoral survival unless radical steps were taken to address the dwindling support of the party among non-Muslim, non-Yadav OBC groups.

It is in this backdrop that the by-election results of May 2018 in Kairana assume great significance. A Muslim woman candidate contesting on a RLD ticket with the support of a united opposition led by the SP, BSP, Congress, Left Parties and the AAP. Those familiar with UP politics are aware of the deep-rooted feudal set-up in the state. The landowning Jats have held political and economic power in Western UP since centuries while the farm working Muslim community and the Bahujan Samaj (Dalits) represented by the BSP were deprived of power for centuries until the Mandal surge in the 90s created political space for the deprived communities and OBCs.

It is true that the fear of an existential crisis has brought together arch-foes SP and BSP together in UP to combat the saffron surge. One however should not underestimate the outcome of the bypolls as a result of pure-arithmetic. Though arithmetic certainly has a role to play in the form of a stronger opposition, the failure of the Modi-led government at the Centre to fulfill electoral promises made prior to 2014 and the utter incompetence of the Yogi Adityanath government in the state has made matters worse for the BJP. The encounter raj of the Yogi government, coupled with the strong arm tactics of the parivar outfits has created fear among the masses. The BJP’s vote share in successive elections though still higher than the other parties, has continued to fall on the back of rising agriculture crises, rising food inflation, rising oil prices, unemployment, poor growth (notwithstanding the twisted GDP numbers the Modi government tom-toms at every stage managed event) and the diminishing returns from a communally surcharged atmosphere beyond a certain period.

The results of the by-elections need to be analyzed in this backdrop. The acceptance of the regional satraps of their own limitations in putting up a strong fight independently against a BJP electoral machinery fuelled by massive moneybags and thousands of RSS cadre augurs well for the survival of the opposition space in India’s electoral politics. The symbolism of putting up a joint-opposition supported Muslim woman candidate on a RLD ticket in a highly polarized campaign where the BJP made the supposed palayan (exodus) of Hindus and later the Jinnah portrait in Aligarh Muslim University (AMU) as main campaign issues cannot be lost out here. Subsequent investigative news reports later demonstrated that the supposed exodus was not of one community alone and certainly had nothing to do with communal politics. The migration of people from Hindu and Muslim communities in Kairana was simply over issues of employment and jobs. The BJP/RSS combine however was keen to spread this misinformation and cash in on a polarized environment which could lead to consolidation on a Hindutva agenda. Some of the fake news stories (Quotes such as “victory of Allah over Ram” attributed to Ms Tabassum Hasan) emerging since her victory further demonstrate the dangers of allowing the BJP/RSS to carry on with their agenda in an unhindered manner.

Tabassum Hasan’s victory in the Kairana bypoll is a victory of the politics of accommodation over the politics of hate and bigotry. It is a victory of the idea of secularism, enshrined in our Constitution, over the politics of Hindutva which seeks to trample over the myriad cultures, religions, ethnic traditions and languages which have survived and thrived in India in a spirit of tolerance and harmony. The Kairana results also to some extent replicate the spirit of the framing of the Constitution in the backdrop of the partition when there were calls from sections of society to replicate the Pakistan model to some extent in the Constitution.

If the horrors of partition in the aftermath of the killings of millions of innocents did not stop our founding fathers from gifting us, We the People, a splendid social policy doctrine based on equality, fraternity, secularism and communal harmony, what then should stop the present day opposition from forging a wider unified front to defend our fundamental rights bestowed upon us in the Constitution? History will not forgive the parties which preach their allegiance to the constitution and commitment to secularism if they fail to come together on a joint platform to fight the RSS/BJP onslaught in the 2019 elections and beyond. The opposition strategy in the Kairana bypolls and the voting pattern of the electorate demonstrate the very same spirit of secularism, peace, harmony and brotherhood in the midst of a state condoned onslaught on the citizens’ rights.