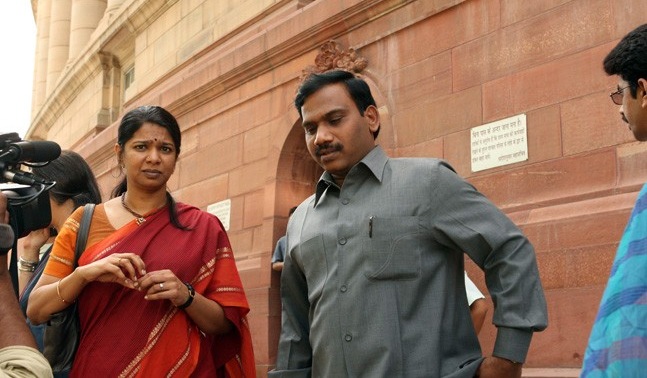 At last, the truth prevailed over lies and justice has been meted out.

Former telecom minister A. Raja, DMK leader Kanimozhi and all the other accused in the 2G scam case were acquitted on Thursday.

Raja was accused of selling airwaves and licences for cellphone networks in exchange for kickbacks and causing the state a loss of Rs. 1.6 lakh crore.

The so-called Telecom Scam was ‘exposed’ in 2010 when the national auditor claimed that during 2007-08, 2g licences had been given to telecom operators at throwaway prices and without fair bidding process.

Special CBI judge O P Saini pronounced the judgment, clearing 19 accused of all charges in the Enforcement Directorate’s money laundering case which comes under the gamut of the 2G scam case.

“The Court said that the prosecution has miserably failed to prove any of its charge. Thus all accused are acquitted,” defence counsel Vijay Aggarwal said outside the courtroom soon after the verdict.

“I would love to thank everyone who stood by me,” said Kanimozhi outside the court.

Senior Congress leader P Chidambaram said: “Allegation of a major scam involving the highest levels of the government was never true, was not correct and that has been established today.”

The trial in 2G spectrum scam started six years ago in 2011 after the court had framed charges against 17 accused in the CBI’s case for the offences which entails punishment ranging from six months in life imprisonment.

It was posed as a major scam during the second term of the UPA Government and provided fuel to the opposition’s charges of corruption against the government.