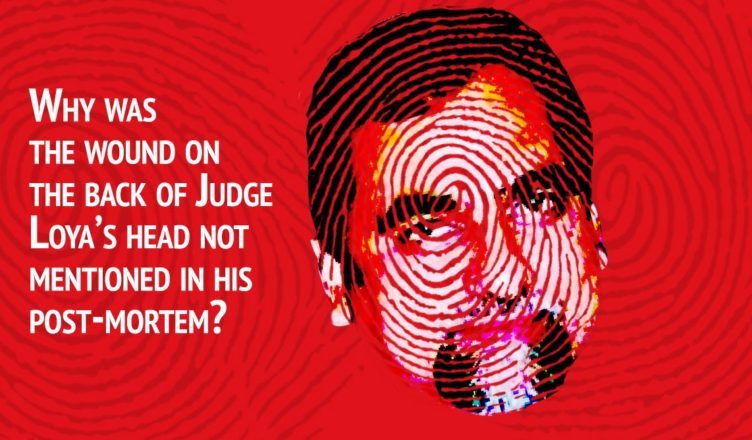 Chilling facts have come to light in the Judge Loya’s death case. The post-mortem examination conducted at the department of forensic medicine at Nagpur’s Government Medical College was manipulated and influenced under the directions of the doctor related to Maharashtra’s finance minister Sudhir Mungantiwar. The doctor is so influential that until now, he managed to keep his name from appearing in any documents related to Judge Loya’s death.

A detail as crucial as a wound on the back of Judge Loya’s head was hidden and not mentioned in the post-mortem report. Also, according to official records, the post-mortem was led by Dr NK Tumram. He was then a lecturer in the forensic-medicine department at the GMC. But actually, it was conducted by Dr. Makarand Vyawahare, who is the brother-in-law of Maharashtra’s finance minister. He was then a professor in the department and now the head of the forensic department at Nagpur’s Indira Gandhi Government Medical College.

Such a crucial and glaring fact was not mentioned in the post-mortem report. In fact, Vyawahare, who personally participated in the examination, even shouted at a junior doctor for questioning him about the wound on the back of Judge Loya’s head. As if the instances to prove that Judge Loya’s death was not a natural one, but a brutal murder were less, that this revelation has put a stamp on the same and affirms the fact that efforts were being made to pose his death due to heart attack.

It is absolutely abhorring to see that a judge, who was only doing his duty of being honest and righteous, was brutally killed by the ones in power, only so that they could save themselves from being held guilty.