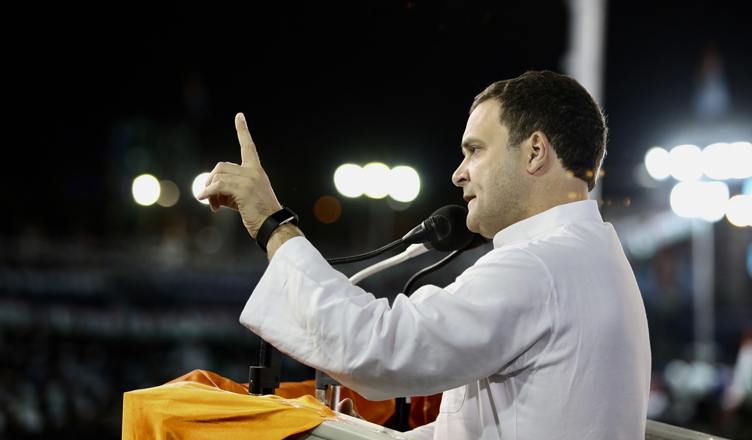 After the Supreme Court’s order refusing for an independent probe in the Judge Loya death case, Congress president Rahul Gandhi targeted Bharatiya Janata Party (BJP) president Amit Shah and said that the truth will catch up with people like him. Yesterday, the apex court dismissed several PIL (Public Interest Litigation) demanding an independent probe into Judge B.H. Loya’s death in 2014.  A bench comprising Chief Justice Dipak Misra and justices A.M. Khanwilkar and D.Y. Chandrachud held that judge Loya died a natural death and that there was no merit in the petitions filed.

Loya had been hearing the Sohrabuddin Sheikh fake encounter case, in which Amit Shah was an accused. After Loya’s death, M.B. Gosavi, the judge who took over the case discharged Amit Shah in less than a month and even before the trial had even started. He began hearing Shah’s application for relief on December 15, 2014, and concluded hearings two days later on December 17, reserving his order.

Rahul Gandhi took to Twitter and said, “Indians are deeply intelligent. Most Indians, including those in the BJP, instinctively understand the truth about Mr Amit Shah. The truth has its own way of catching up with people like him.”

Indians are deeply intelligent. Most Indians, including those in the BJP, instinctively understand the truth about Mr Amit Shah. The truth has its own way of catching up with people like him.

The Supreme Court verdict in the same also shattered late judge Loya’s family, with his sister saying that they had no hope left now. “What should I say? There is no hope left now,” she said. Judge Loya’s uncle, Srinivas Loya also opined the same. “It would have been much better if there was an independent probe. But we don’t have any expectation from anyone any more about this. Everything seems managed. The media and opposition parties have been taking the issue up, but nothing seems to be coming of it,” he told The Print.

One thing is to be noticed, however. If the ones in power feel that Judge Loya died a natural death, then why are they shying away from a probe. If they are so confident of their innocence, they should agree for an independent probe. The Prime Minister should also come forward and say that he wants a Supreme Court-monitored probe into Judge Loya’s death in order to ascertain the exact reasons for his death. After all, the nation should know if he really died a natural death.