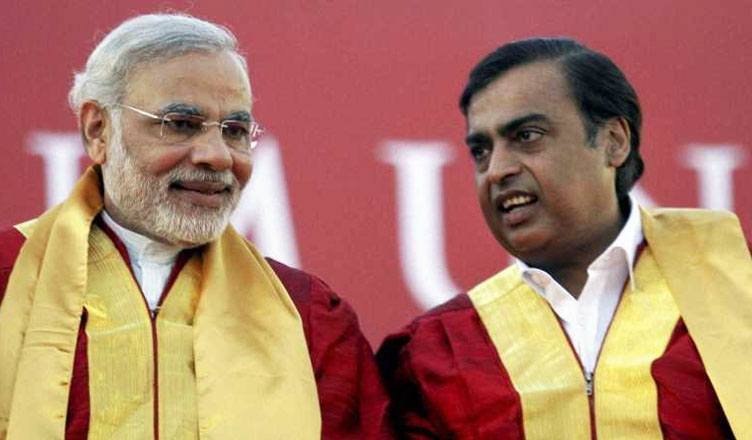 The Maharashtra government on Tuesday announced that it will be extending buildable land and fiscal sops to greenfield institutions which have been accorded the status of ‘Institutes of Eminence (IoE)’ by the Union Ministry of Human Resource Development.

Along with five other educational institutions, Reliance Foundation’s Jio Institute was given the tag of IoE on July 9.

The move was widely criticised as such an eminent tag was given to a university which does not exist yet, while many well-known universities were not even considered.

The six institutions included govt-run IIT-Delhi, IIT-Bombay and Bengaluru-based Indian Institute of Science (IISc), while Manipal Academy of Higher Education and BITS Pilani from the privately-run institutes bagged this honour. But, the one name that clearly grabbed eyeballs was Mukesh Ambani’s still-to-be set-up, Jio Institute by Reliance Foundation.

Jio Institute is the only institution in the ‘greenfiled category’, the other two categories being, existing government and private institutes.

The sops and concessions which are being offered to developers building integrated townships in semi-urban belts in the state are now being extended to greenfield IoE institutes. Since Jio Institute is the only and the first in this category, it will be its immediate beneficiary.

The state cabinet has also proposed to waive off the provision of the Mumbai Tenancy and Agricultural Land Act, 1967, which permits only an agriculturist to purchase farm land, which will allow such institutes to set up educational institute on farm lands.

“The whole idea is to encourage organisations to set up world class institutes in the state. The government will back such projects,” Higher and Technical Education Minister Vinod Tawde told The Indian Express.

The government has also appointed a ministerial sub-committee to sort out other formalities and fix issues raised by the revenue department, after getting the cabinet nod.

The institutions of eminence (IoE) scheme of the Human Resource Development (HRD) Ministry was originally intended to lead to the selection of 10 public and 10 private universities that would enjoy greater autonomy to start new courses, admit foreign students, hire foreign faculty, and collaborate with foreign educational institutions without the need for government approval.