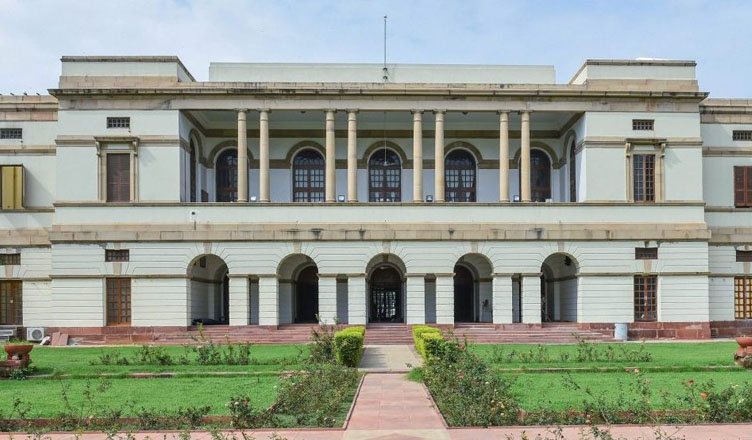 The Directorate of Estates of the Union Ministry of Urban Development has asked to remove the Jawaharlal Nehru Memorial Fund from Teen Murti Bhavan by Monday, September 24.

The fund was established in 1964 and has been located at Teen Murti since 1967. Teen Murti served as India’s first Prime Minister’s residence.

The notice, which was served on September 11, received a legal reply stating that the body is not leaving yet the place sent on September 20.

A legal reply stating that the body is not leaving yet the place was sent on September 20 in response to the notice received by the body on September 11.

The Fund is chaired by UPA chairperson Sonia Gandhi and former member of the Rajya Sabha, Karan Singh, is its vice-chairman.

It can be seen as another attempt by the Centre to dilute Jawaharlal Nehru’s legacy. It can be said with assertion because in the past as well, such instances have been reported.

The Teen Murti Bhavan has always focussed on Nehru and even preserves his personal papers and other documents related to the freedom movement. However, since the BJP government came to power, it has been trying to diminish Nehru.

Earlier, it had given the proposal setting up another museum, dedicated to the “Prime Ministers of India” in the premises of the Teen Murti Bhavan. However, it did not gone down well with several members of the Nehru Memorial and Museum Society.

Historian and its member Nayavjot Lahiri had objected to the same. “It is part of the attempt to question Nehru’s extraordinary contribution to Modern India and the establishment of Indian democracy. Indian democracy is successful because very strong foundations were laid [after Independence]. By denying or diminishing Nehru’s contribution, we diminish ourselves,” The Scroll quoted her as saying.

She also cited another such example where in Nehru’s portrait, which would hang behind the speaker in the seminar zone, was replaced with that of Hindutva ideologue Deen Dayal Upadhayay.

No matter how much the BJP tries to diminish Nehru, it would never be able to make Indian citizens forget about the contributions made by the India’s first Prime Minister during the freedom struggle and thereafter.