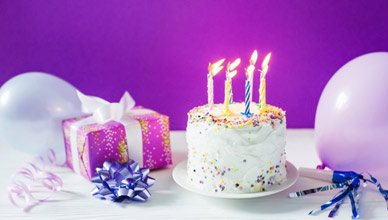 Look its Modi’s birthday, look its Modi birthday! We all heard this on September 17. People were saying this whether willingly or unwillingly, some in opposition some in favour, some praising while some criticising.

Well, his birthday merrymaking was made special by many people, such as farmers, students, and many others. They are as standing examples of what our Prime Minister is giving to them and reaping benefit out of their innocence.

While our Prime Minister was busy getting wishes and greetings from all over places on his 67th birthday, a group of helpless and distressed farmers from Andhra Pradesh tried to push reality into his face by sending him cheques, each of Rs. 0.68 paise.

400 cheques of 68 paise each were sent to the Prime Minister to bring to his attention, the agrarian crisis faced by four districts in Andhra Pradesh.

But, of course, it didn’t seem to have affected our ‘pradhaan sewak’.

In fact, the Prime Minister was so inconsiderate that his government even went on to make schools compulsory in Uttar Pradesh on Sunday, it being his birthday.

The teachers at many schools informed that they had been asked to be present “without fail” to conduct a pulse polio campaign. Attendance was compulsory for students as well. Be it the inauguration of an incomplete Dam Project, or forcing children to participate in glorification of one leader, there are no limits when it comes to the BJP’s political canvassing.

As per a Times of India report, the fig leaf of a pulse polio campaign was used to cover up the blatant use of state-run educational institutions and young children for partisan political messaging.

Though officially it was a polio campaign, behind the scenes, a different picture unfolded. In the garb of an awareness campaign, Modi’s birthday was celebrated and children were even ‘enlightened’ about his life.

Despite the saffron party declaring the Prime Minister’s birthday as ‘sewa diwas’, no such ‘sewa’ was delivered. On the contrary, young students’ ‘sewa’ was availed of, not sparing them even on a Sunday.

Also, Prime Minister Modi dedicated the Sardar Sarovar Dam, built on the Narmada River, to the nation. (P.S. The foundation stone of which was laid down by India’s first prime minister Pandit Jawaharlal Nehru)

Frankly speaking, our so-called pradhaan sewak does not have even one trait which qualifies him for the title.

For the unversed, former Prime Minister Manmohan Singh did not celebrate his birthday in this manner ever in his tenure of 10 years.