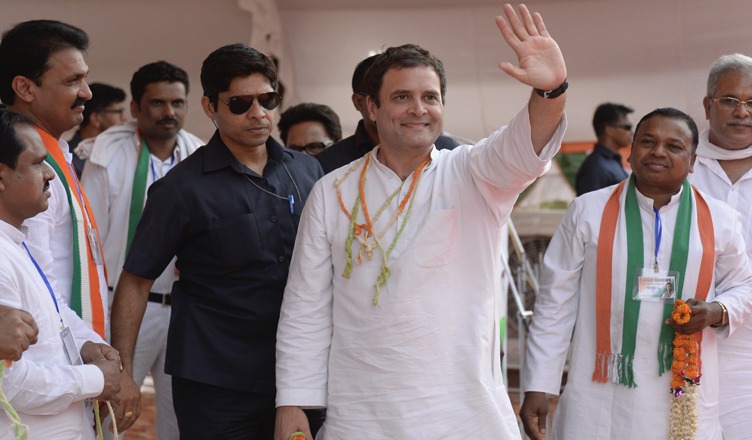 “Constitutions are easily copied, temperaments are not; and if it should happen that the borrowed constitution and the native temperament fail to correspond, the misfit may have serious results. It matters little what other gifts a people may possess if they are wanting in those which from this point of view are of most importance. If, for example, they have no capacity for grading their loyalties as well as for being moved by them; if they have no natural inclination to liberty and no natural respect for law; if they lack good humour and tolerate foul play; if they know not how to compromise or when; if they have not that distrust of extreme conclusions which is sometimes misdescribed as want of logic; if corruption does not repel them; and if their divisions tend to be either too numerous or too profound, the successful working of British institutions may be difficult or impossible.”

“It may be least possible where the acts of parliamentary persuasion and the dexterities of party management are brought to their highest perfections. Let the political parties be reduced to two (admittedly the most convenient number for Cabinet government), but let the chasm dividing them be so profound that a change of administration would in fact be a revolution disguised under a constitutional procedure.” 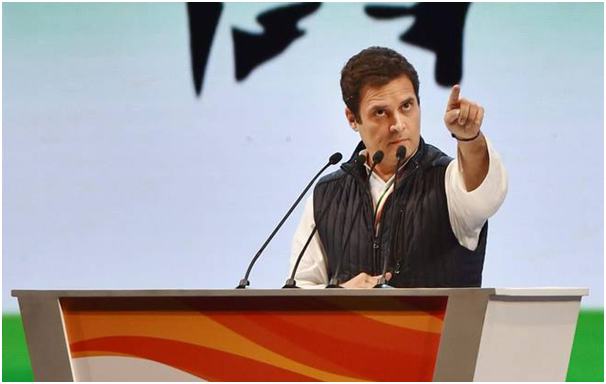 The above cited is an apt situation today and Indian National Congress will never accept it, if BJP as a political organisation trying to replace the Indian Constitution with RSS ideology. Hence it was Congress President & MP Shri Rahul Gandhi who launched the campaign “Save the Constitution” and such strong campaign shows that what our forefathers taught us about India is now taken forward by Rahul Gandhi in true essence & leading from the front same as the Iron Lady & former prime minister Indira Gandhi & the youngest prime minister Shri Rajiv Gandhi did.

There was a time when large section of society disrespected, bullied & denounced Rahul Gandhi whatever & whenever he spoke about anything and today is the day when he speaks rather even tweets, the Modi Government Ministers, spokespersons of BJP, some twitter heroes who spread fake news round the year and some biased media houses, start criticising him as if the Modi Government is in opposition and Rahul Gandhi is leading India as a Prime Minister. There was a day when BJP’s members & their ministers used to say “People don’t take Rahul Gandhi seriously” but despite that the whole Modi team, BJP leaders, spokespersons, twitter heroes & a large section of national media has started taking him seriously now.

So, in short what we can say is that, people are now raising their voice about the wrongdoings of Modi Government realising that Rahul Gandhi works for the people, common people, unlike BJP who works for the cronies & supports all sort of wrongdoings in the society. People have started expecting from him, supporting him and in the same time started understanding his vision of 21st.

The constitutional lawyer Ivor Jennings wrote in his famous work Cabinet Government: “The function of parliament is not to govern but to criticise. Its criticism, too, is directed not so much towards a fundamental modification of the government’s policy as towards the education of public opinion… the government governs and the Opposition criticises. Failure to understand this simple principle is one of the causes of the failure of so many of the progeny of mother of parliaments and of the suppression of parliamentary government by dictatorship”. (Page 16)

Many a times, Rahul Gandhi reiterated about this stating “Modi government is not allowing me to speak in the Parliament. If he gives me 15 minutes to speak in the Lok Sabha, Mr. Modi will have to look for corners” and at present the scenario rightly proves this as the Modi Government is getting bills passed in the parliament without any discussion. It was Rahul Gandhi who stood for the constitutional rights of the opposition in the right manner & forced Modi government to listen to the opposition.

We have unleashed aspirations of youngsters. Democracy is not going to go backwards. India is too big a country to be run by one person. We are going to accelerate the process of democratization and I think that is the biggest opportunity for Congress party because that is the DNA of the Congress ~ Rahul Gandhi

Since inception, Rahul Gandhi has not only been raising his voice against Modi government policies which is not pro people, be it sudden execution of Demonetisation, flawed GST implementation, Dalit & minorities atrocities, rising hate towards other religions, women safety and so on, but has also been urging people including journalists not to be afraid of Modi government with a strong slogan “Daaro Maat”. What actually coming out of this is that he is reiterating in his ramrod way, the concept of former prime minister Pandit Jawaharlal Nehru that we also have fundamental duties as per article 51-A of the Indian Constitution which says “To develop the scientific temper, humanism and the spirit of inquiry and reforms.”

Prime Minister of India Narendra Modi is a skilled public orator but oratory doesn’t make any sense when it is not having scientific temperament. We have seen the same in many cases when PM Modi itself spread wrong information, lies, jumlas glued with gaffes wherein so far he never did a single unscripted press conference. On the other hand, Congress president Rahul Gandhi is having all the leadership qualities that a leader must have. He always stands by with people accepting the dissent of opinion in the live question hours wherever he goes in India or abroad without any script as a common man & once, replied to them.

It is the people who alone can make the Constitution work. As John Stuart Mill noted: “If we ask ourselves on what causes & conditions good government in all its senses, from the humblest to the most exalted, depends, we find that the principal of them, the one which transcends all others, is the qualities of the human beings composing the society over which the government is exercised. Of what avail is the most broadly popular representative system if the electors do not care to choose the best member of Parliament, but choose him who will spend most money to be elected? How can a representative assembly work for good if its members can be bought, or if their excitability of temperament, uncorrected by public discipline or private self-control, makes them incapable of calm deliberation, and they resort to manual violence on the floor of the House, or shoot at one another with rifles? How, again, can government, or any joint concern, be carried on in a tolerable manner by people so envious that if one among them seems likely to succeed in anything those who ought to cooperate with him form a tacit combination to make him fail? Whenever the general disposition of the people is such that each individual regards those only of his interests which are selfish, and does not dwell on, or concern himself for, his share of the general interest, in such a state of things good government is impossible” (Considerations on Representative Government, Everyman’s Library, page 192).

After reading the above one can easily understand what we have envisaged since 4 years and how Rahul Gandhi is stopping every similar thing to happen with a compassion urging people to also raise their voice & exercise their rights to question Modi government. We have even seen many of the BJP’s own party members and supporters of the saffron party criticising Modi government & supporting Indian National Congress under the hegemony of Rahul Gandhi. One should understand here that Rahul Gandhi is well versed with India’s culture and constitutional ethos thereby he is not afraid of being targeted by political masters, be it politically motivated or a personal attack and that’s called courage to fight against wrongdoings and anti people policies.

Time is very powerful and teaches everything which makes humans experienced and makes them introspect themselves. Hence, the people of India are now looking at Rahul Gandhi with an expectation that he is the one who will help us. He is spreading positive vibes around the country on the one hand and on the other hand, he is determined towards the formation of a revived Indian National Congress empowering the workers from grassroots to make India a vibrant India. There is no iota of doubt that Indian National Congress will accomplish it under the hegemony of Rahul Gandhi.

As Shri Rahul Gandhi celebrates his 48th birthday today, let us congratulate him for the hard work that he has shown since the beginning and offer him our wholehearted support in rebuilding the party and reclaiming Indian democracy from divisive forces in a ramrod way.