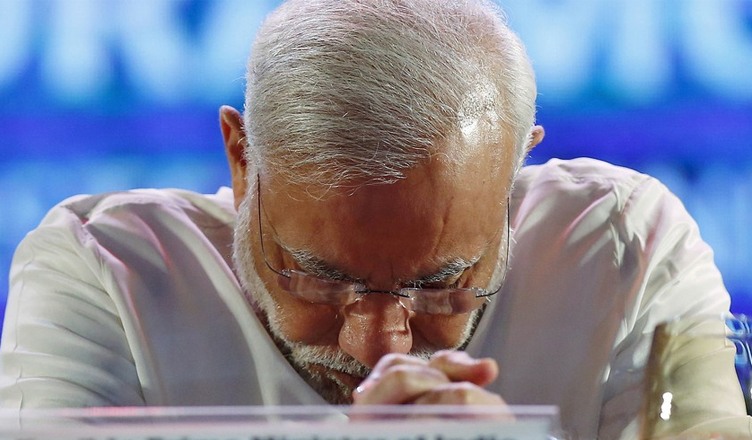 One after the other bizarre statements made by Tripura Chief Minister Biplab Deb has left the Bharatiya Janata Party (BJP) red-faced and embarrassed. As per the latest news, Prime Minister Narendra Modi has “summoned” the Tripura Chief Minister. Deb has been summoned to meet PM Modi and BJP president Amit Shah on May 2 in New Delhi.

Biplab Deb, who took charge of Tripura last month, is making headlines for his back-to-back controversial and weird statements. The very recent one was given on Sunday itself, when the Tripura Chief Minister advised his state youth to not run for jobs, and instead, rear cows or open paan shops. “Why run after netas for government jobs? Graduates should get cows and milk it to earn Rs 10 lakh in 10 years. Instead of running after political parties, had the same youth set up a paan shop, he would have had a bank balance of Rs 5 lakh by now,” he said.

Next in row, he was seen suggesting that only civil engineers should join Civil Services and that mechanical engineers should not aspire to become civil servants. In the past also, he has been seen making weird statements. He is the same who questioned the crowning of Diana Hayden as Miss World in 1997, alleging that international beauty contests were a farce, and on the other hand, saying that Aishwarya Rai (who won the Miss World crown in 1994) “represents the Indian women in the true sense”.

PM Modi summoning Biplab Deb hints towards the uncomfortable state of the BJP and the embarrassment that the Tripura Chief Minister has brought to the saffron party. Well, if rumours are to be believed, Deb’s statements are nothing but an attempt to show other leaders of the party wiser. If that is the case, it is not really helping but only giving a good laugh to people.