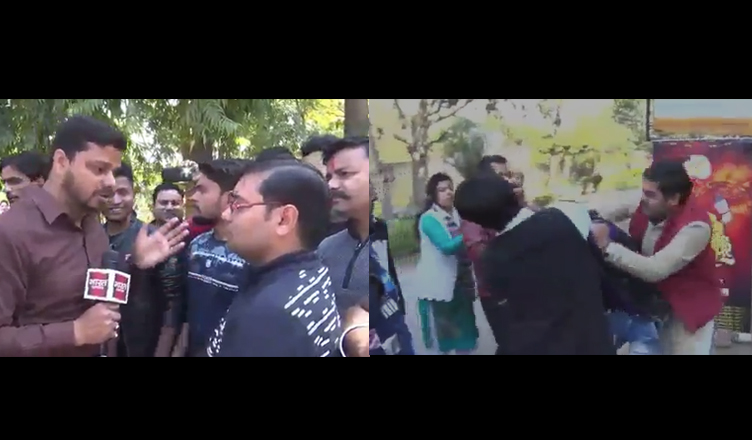 A video is going viral on social media which explains the term ‘irony’ in the best possible way.

In what has been termed as the ‘mother of all reality checks’  by one of the Twitter users, the video shows a man asking a person from the crowd about changes in the city of Muzaffarnagar in Uttar Pradesh after the Yogi government came to power.

In response to the question, the person can be heard saying, “Before the BJP government came to power here, there was a lot of goondaism here.”

The person wanted to add some more lines to his answer but he was interrupted by a fight that broke right there among a few people in the crowd.

Somebody from the crowd can also be heard saying, “Why are they fighting?”

The irony is that right when the person was talking about suppression of hooliganism in the state, a fight broke right beside him.

Some of the reactions are here below:

Mother of all reality checks. pic.twitter.com/Hbqx60ocZh

One thought on “Irony at its best!”